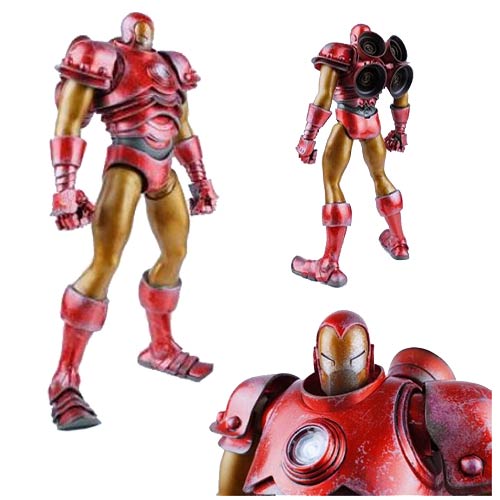 No, Tony Stark hasn’t been burning the midnight oil with his fancy design programs again. The Iron Man Origin Armor 1:6 Scale Action Figure shows off some new armor designed by another creative genius.

Ashley Wood, Australian comic book artist and award-winning illustrator, is probably known by most people for the creation of Popbot but almost every comic book artist wouldn’t mind a phone call from Marvel, and when the big ‘M’ contacted Wood, he immediately got to work on designing a new interpretation of Iron Man’s iconic red and gold armor, sticking with the basic look but definitely giving it his own twist.

The 13 1/2-inch tall figure is fully articulated, has arms and legs covered in a flexible rubber-like exterior material, and also has eyes, chest, and palms that light up.

The Iron Man Origin Armor 1:6 Scale Action Figure will be available November 2014 but it can be pre-ordered now for $199.99 at Entertainment Earth.