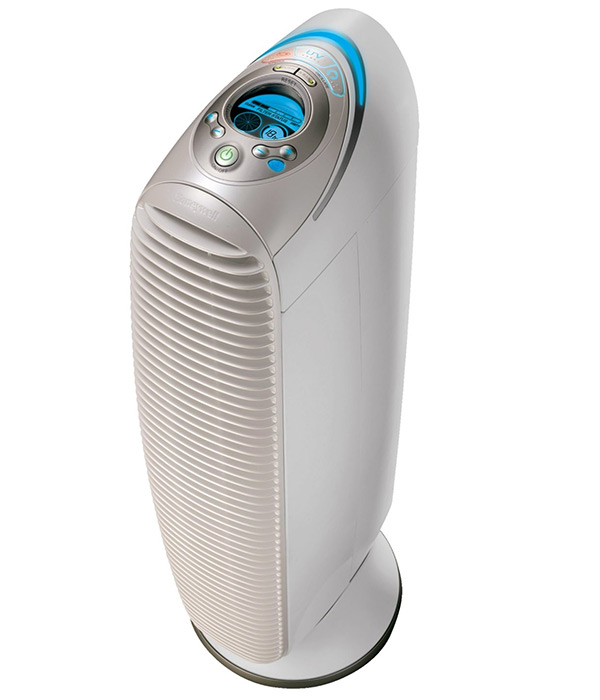 You may be surprised that air quality indoors can be much worse than outdoors, which can especially be a problem for many of us geeks who spend a lot of time indoors working, studying, reading, watching TV, playing video games, and sleeping. In fact the EPA has found that Volatile Organic Compound (VOC) levels are on average 2-5 times higher inside. In this Honeywell HHT-145 HEPAClean 3-in-1 Tower Air Purifer Review, we’ll look into one product that can make our 20,000+ breaths a day cleaner.

The Honeywell HHT-145 is a tower air purifier that is ideal for medium to large rooms of up to 185 square feet. What sets this product apart from competitors is that it is loaded with features and provides intuitive electronic controls. This includes 3 levels of filtering protection, germ killing UV technology, odor filtration, ionization, 12 adjustable cleaning levels, oscillation, and a timer.

Most important for an air purifier is how well it cleans the air, and this unit provides 3 levels of comprehensive protection. First is an enhanced odor absorbing pre-filter that can quickly reduce unpleasant household odors. Second is a HEPA filter that captures up to 99% of fine airborne particles such as pollen, dust, mold spores, smoke, and pet dander. Third is the UV Technology that can kill airborne viruses, bacteria, fungi, and mold spores to provide your family with healthier air. 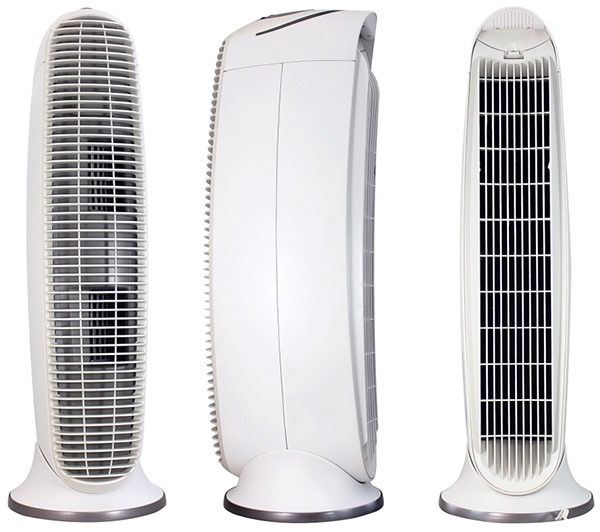 I was happy they sent this Honeywell HEPA Clean HHT-145 to review, as I happened to be in need of an air purifier. Near my office I have a dead mouse in the wall or stuck in ductwork, that I have been unable to locate and remove despite much effort. The smell was driving me nuts, until I plugged in this air purifier. With the included enhanced odor control carbon zeolite pre-filter installed and the ionizer turned on, the dead mouse smell was quickly eliminated. Due to the negative ions, it actually made the room smell fresh, like being near a waterfall or outside after the rain.

I don’t like noise, so I am happy this Honeywell HHT145 is relatively quiet. The actual noise varies a lot depending on the cleaning level setting because of the changing fan speed. At the lowest level it is very quiet, while at level 12 I certainly wouldn’t consider it “whisper quiet.” However, my office is right about the 185 square foot area with high ceilings, and this air purifier worked very effectively at level 4 and 5 where it is still very quiet.

As described above, the HHT-145 is quite effective and also quiet. All around the construction is nice and solid, and the small footprint tower design makes placement easy. It even has a built-in carrying handle, to make it easy to move around. The electronic controls and LCD display were also very comprehensive, making it easy to control all the features without reading any instructions. You can independently adjust the cleaning level between 12 levels, turn on or off the germ killing UV light, turn on or off the ionizer, turn on or off fan oscillation, and set a timer from 1 to 18 hours. The displays also show you how clean or dirty your filters are, so you know when it is time to order some new ones. 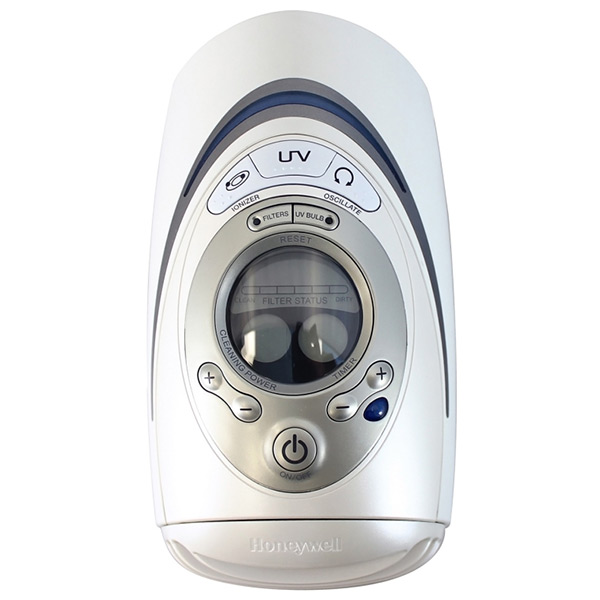 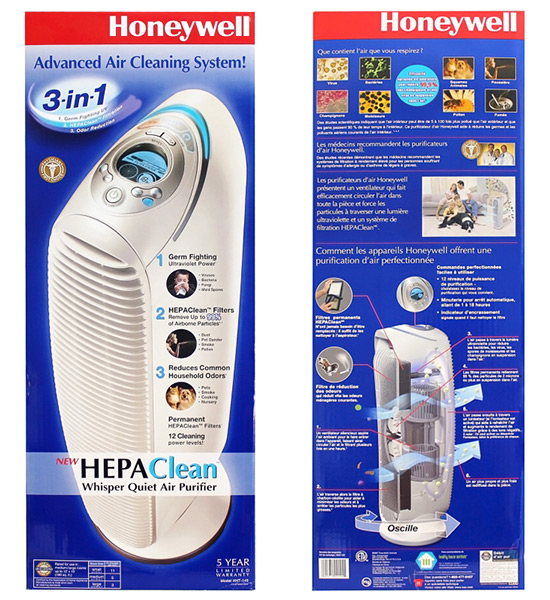 If you have a pet, have allergies, smoke, have children, or cook stinky foods, you really can benefit by having one of these excellent Honeywell HHT-145 HEPAClean air purifiers. Order the HEPAClean 3-in-1 Tower Air Purifer HHT-145 for $197.64 with free shipping from Amazon.com.

I’ll admit it; I’m a little bit of a germaphobe.  It’s hard not to be in today’s society with all these secret and weird diseases that just seem to popup out of nowhere; SARS, N1H1, MRSA, etc…  With winter fast approaching, diseases will be spreading […]

Here we have yet another one of those USB gadgets that are designed to improve the air quality around your home or office desk.

When it comes to purifying your hands, you reach for the cleansing gel to get rid of germs, and there are a wide variety of purifiers to clean the air you breathe, ranging from the very formal looking USB Mini Ionizer / Air Purifier to […]

Using a patented technology developed in Sweden called “Clean Air Zone”, the Humanair air purifier is said to be the world’s most energy-efficient air cleaner and to be able to “surround the user in a bubble of air that’s free of pollutants, dust and biological […]

This 30-LED air purifier ball is said to provide you with the opportunity to “eliminate 99.99% of the harmful bacteria in your home for healthier living”.

Remember the old Holga cameras that created all the whacky effects in photos? The digital era had left those eccentric artistic expressions in the bygone past but Holga has finally caught up to the present with the Holga iPhone Lens Filter Kit, which lets you […]

If you go to the gym regularly, then you might have noticed a foul odor slowly emanating from your gym bag. It’s a musty, annoying smell–most likely as a result of carrying damp stuff around in your bag. We all know that an enclosed space […]

No, it’s not Apple as in Steve Jobs and Mac. But if you if you’re a fan of fruit inspired gadgets, like the apple desktop speaker, this air purifier should be right up your alley.