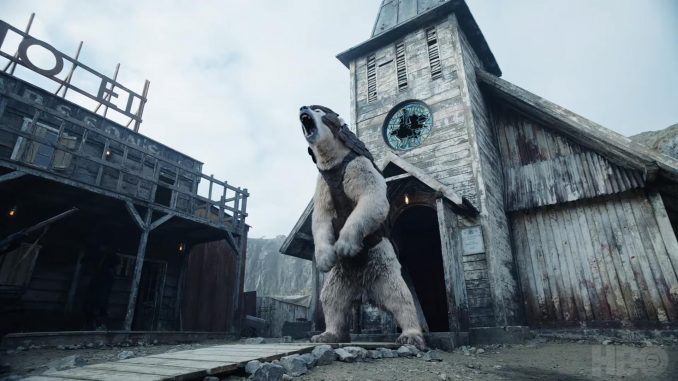 We’ve already seen the Comic Con Trailer and the One Girl Will Change Worlds Trailer, but now we finally get to see the His Dark Materials Official Trailer.

His Dark Materials: Season 1 will premiere on HBO on Monday, November 4, 2019.

Watch the His Dark Materials: Season 1 Official Trailer from HBO:

HBO and BBC present His Dark Materials, a new original series based on the global bestsellers, premiering Monday, November 4 on HBO.

His Dark Materials stars Dafne Keen, James McAvoy, Ruth Wilson and Lin-Manuel Miranda. Adapting Philip Pullman’s award-winning trilogy of the same name, which is considered a modern masterpiece of imaginative fiction, the first season follows Lyra, a seemingly ordinary but brave young woman from another world. Her search for a kidnapped friend uncovers a sinister plot involving stolen children, and becomes a quest to understand a mysterious phenomenon called Dust. As she journeys through the worlds, including our own, Lyra meets Will, a determined and courageous boy. Together, they encounter extraordinary beings and dangerous secrets, with the fate of both the living — and the dead — in their hands.

As an extension of our normal gadget news coverage, last week we posted about Black Friday Deals where you could find cheap prices on tech toys. Since many GeekAlerts readers found those very helpful, we’re doing the same thing today on Cyber Monday (Nov. 28) […]