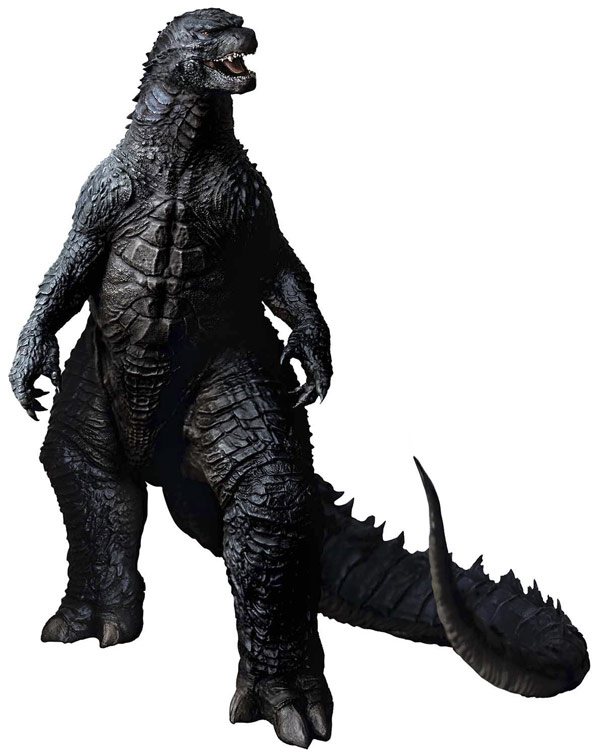 Don’t think Godzilla got enough screen time in his new movie? The big, mean, city-destroying machine can be stared at to your heart’s content with the Godzilla Peel and Stick Giant Wall Decal.

Bring the king of monsters home with you in a way that won’t leave your neighborhood as debris in a giant footprint with this view of Godzilla that measures 50 1/2″ x 39 1/2″ when fully assembled.

The pre-cut wall decal can be put together within minutes and it can be put on a wall, peeled off, and put on another wall without having to worry about causing any damage or leaving any sticky residue behind.

The Godzilla Peel and Stick Giant Wall Decal won’t be stomping into the store until June 2014 but it can be pre-ordered now for $35.99 at Entertainment Earth and Amazon.com.

Add some artistic action to your boring walls with the Iron Man 3 Giant Peel and Stick Wall Decal and see for yourself how adventurous and action-packed your life will become when Tony Stark himself shows up and asks you to be his sidekick. Okay. […]

Bring the Jedi Knights into your home with the Star Wars Clone Wars Collage Peel and Stick Wall Decal, adding some animated entertainment to any room of your choosing. These removable and reusable wall decals feature the heroes of the hit animated series, Star Wars: […]

Stuck in a flat with little room to move around in, let alone cart in some heavy duty furniture? Then what you need is the Land Peel, an innovative and flexible floor mat that’s all the furniture you need in one neat, portable tile.

Those little stick figure families are everywhere these days, and the T-Rex Says Your Stick Family Was Delicious Decal will let everyone know exactly how you feel about that. Society has reached the point where a person can’t even go to the store without being […]

While the days of dragons, giants, and direwolves are gone, some people still follow Kings and Queens and everyone wants to lay claim to their own throne. But as the Game of Thrones series and A Song of Ice and Fire sage has shown us, […]

These Star Wars Rogue One Peel and Stick Wall Decals are going to look so awesome on your walls. This wall decal set comes with 20 wall stickers designed with cool scenes from the movie Star Wars: Rogue One. Display them anyway you like. Maybe […]