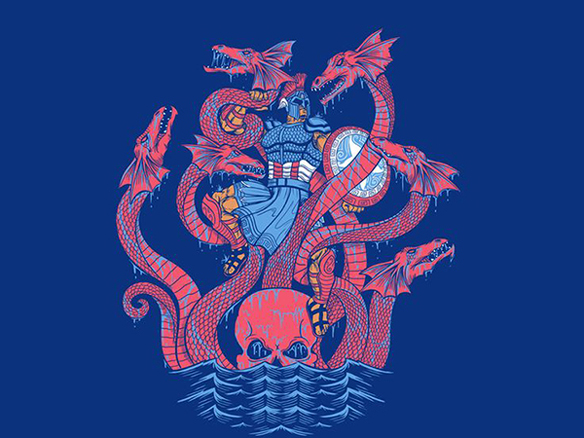 If any hero has reached the level of myth, it’s Steve Rogers, and the Captain America Modern Myths III T-Shirt shows the world’s first Avenger transformed into a Marvel hero version of Hercules.

The super soldier was pretty buff to begin with but he’s bulked up a lot more as a modern myth, and his iconic red, white, and blue battle gear has been transformed into a suit of armor that’s more fitting for ancient Greece.

Unfortunately, even when visiting the pages of mythology, Cap is unable to escape the evil of Hydra. Hercules was able to vanquish the many-headed beast. Will Captain America be able to follow in his footsteps? 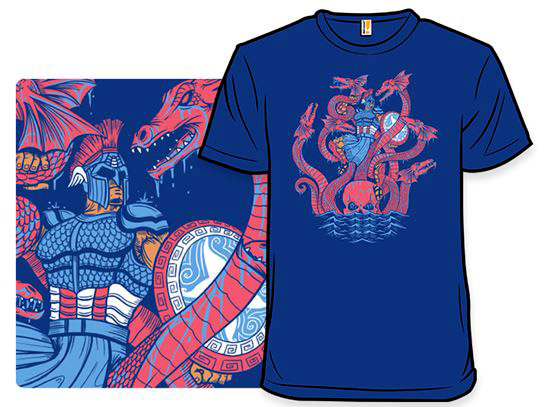 Superheroes are the Greek gods of the 21st century so why not immortalize them with the same type of artwork? The Modern Myths II T-Shirt might not be as eternal as a stone statue or temple, but you can’t carry those things with you; so […]

For all the young, inspiring DJ’s out there, we know life can be hard and expensive; but rejoice, things are about to get easier. The Hercules XPS 2.0 80 DJ Monitor Speaker System is here to save you money and save your back from the […]

If you love listening to music and want to bring DJ Club quality sound into your bedroom or studio, then you are going to want to take a look at the Hercules XPS 2.0 30 DJ Club Speakers. This is the same company that introduced […]

This Captain America Modern Myth ArtFX Statue looks amazing. The classic character design of Captain America has been updated with a modern twist. Captain America stands about 12 1/2-inches tall and he has his iconic shield, standing on top of a base of debris. The […]