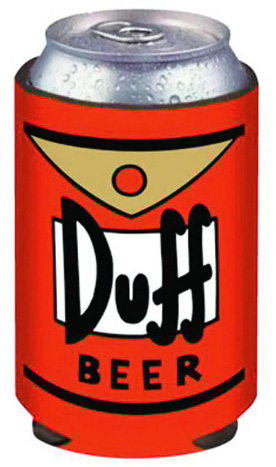 Not only does the sleeve act a marker to prevent tragic mix-ups with other people’s beers, but it also acts as a secret magnet to attract random Simpsons fans among the crowd. Staying true to the look of Duff Beer on the show, the sleeve is a tasteful shade of orange with black Matt Groening font style in bold.

Ultimately, the cooler will help prevent condensation (which begets wet palms) when you’re savoring your beer. And it won’t let your beer get doh! warm.

Homer’s beer of choice? Duff, of course, and it’s always better cold. Get The Simpsons Duff Can Cooler today and keep whatever you’re drinking cool in Duff style.

The Simpsons Duff Beer Can Cooler is hardly a splurge starting from $5.89 at Amazon.com. They are also available at FOXshop.com for $9.95.

But at times when you need an energy boost instead of a chillaxer, it’s all about Duff  Energy Drink disguised as Duff Beer. The can looks just like Duff Beer. If you’re fixing to approach an attractive lady, you might want to freshen up with peppermint Duff Beer Can Mints first. 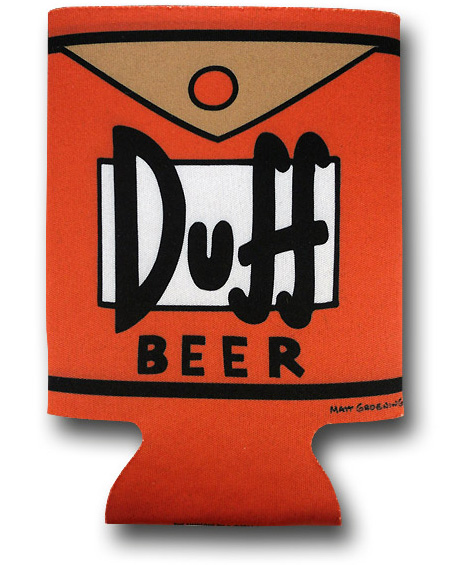