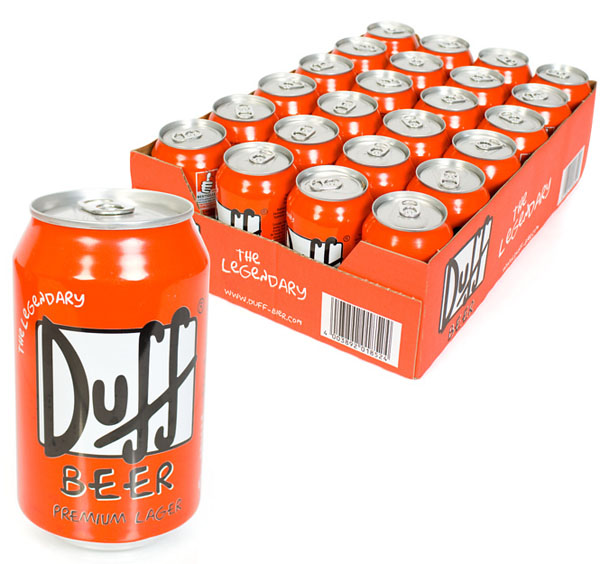 Anyone who’s seen an episode of the hit animated series, The Simpsons, knows what Duff is. It’s the beer that Homer drinks when he’s happy, sad, mad, or just doing nothing. When some people concocted the Duff Energy Drink, I knew it was just a matter of time before we’d be seeing Duff Beer in a 24 Can Pack.

Of course, you get premium lager in these cans of Duff Beer, but I think the point to this is that it’s a whole lot more fun to drink the same brand of beer as Homer Simpson does. After you chug it down, make sure to finish it off with a burping contest; with the person who can give the loudest belch being crowned as the Homer of the night.

‘Homer no function well beer without.’ And neither do we. Especially when we’re indulging in one of our all-day Simpsons-watching marathons. So thank goodness we’ve got our mitts on the Duff Beer 24 Can Pack. Woo-hoo!

Based on Homer’s beloved brew, this 24 can slab is ideal for superfans, slobs and careless nuclear safety inspectors. Okay, so it’s not brewed in Springfield (believe it or not it’s German) but that’s just as well because we all know German lager trumps American beer every time.