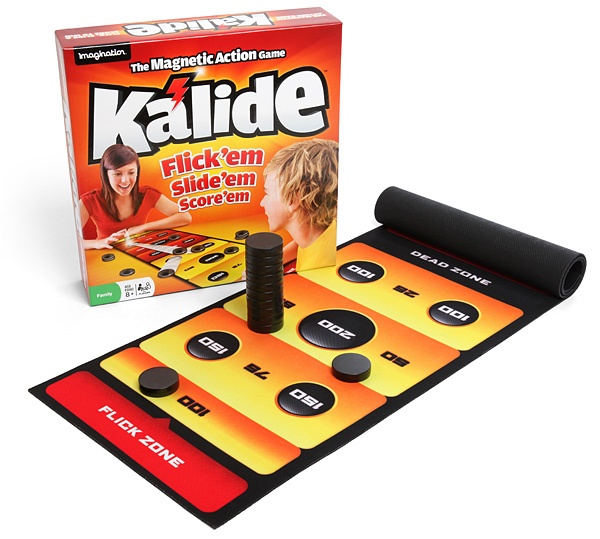 When I was in college, my friends and I used to play improvised shuffleboard all the time: we’d draw the board on a piece of paper and use pens and some coins to simulate the real game. It would’ve been a whole lot easier if we had the Desktop Shuffleboard Game with us then. It wouldn’t hurt to have the Ka’lide Magnetic Action Game either, which looks and feels like an improved and magnetized version of shuffleboard itself.

In the Ka’lide Magnetic Action Game, the goal is to flick and flip the magnets to victory. Play with a partners, or have more friends and family join in on the game to make it even more fun. This game can definitely join in the ranks of the Dodge Em Desktop Dodgeball Game and the Pongo Portable Table Tennis Set as fun games to play during parties or gatherings. 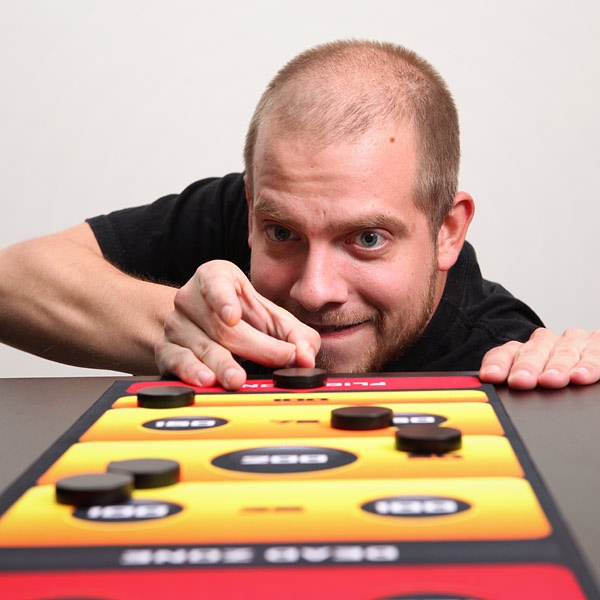 Ka’lide takes the guts of shuffleboard and adds in the magic of magnets. Play one on one or in teams to flick and flip your way to victory. Flick the magnetic puck down the board on your turn. Your opponent will then flick their puck, attempting to repel yours off the board in the process. Use the magnetic powers to attract your pucks to each other to create puck clusters and you can double, triple, or even quadruple your score.

The Ka’lide Magnetic Action Game is available from ThinkGeek for $29.99.

Sitting in your cubicle with nothing to do? Done with all your work for the day but can’t leave the office yet because it’s still a few hours past noon? Then kill some time with the Desktop Shuffleboard Game instead.  Don’t make too much noise […]

The QED uPlay puck is a little gizmo that allows you to stream music wirelessly from an iPod, iPhone, PDA, laptop, or other Bluetooth-enabled gadgets you have lying around, to any audio device with a stereo or line input.

My sister was in a huge bind when her four year old son kept pestering her for a set of darts after seeing a movie with some guys shooting darts with friends. So what’s a kid-friendly alternative to regular, old darts? The FishingDarts Magnetic Dart […]

The Unicorn Lover – Magnetic Poetry set contains over 200 magnets with random unicorn related words printed on them. Prepositions, verbs, nouns, pronouns, suffixes–you’ll find all of these and more in this set. Aside from its novelty value, you can also actually put these magnets […]

Things can get pretty boring in the office. You know, when you should be working. This Finger Hockey Desktop Office Game will entertain you and relieve your boredom. It’s a finger-sized Hockey Rink that comes with goalie pads, sticks, and a mini puck. It’s a […]