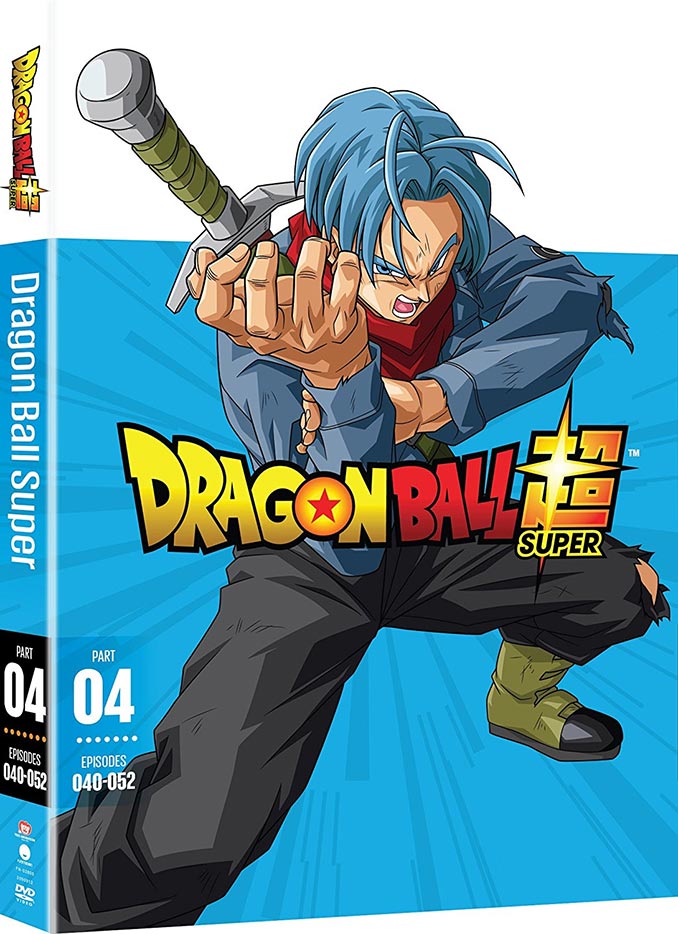 While you wait for the Dragon Ball Super Movie, you can catch up on the episodes from Dragon Ball Super: Part Four. They were released today on Blu-ray and DVD. Dragon Ball Super is a Japanese anime television series that follows the adventures of Goku and his friends after defeating Majin Buu and bringing peace to Earth once again. Goku must defend Earth from even more powerful opponents and travel to different universes to battle destructive deities. The overall plot outline of Dragon Ball Super was written by Akira Toriyama, creator of the Dragon Ball franchise, and the show is produced by Toei Animation.

After a series of intense matches, the universe versus universe tournament has its winner and the chance to wish on the Super Dragon Balls—if they can find the final one. Luckily, it’s been right under their noses! With all Super Dragon Balls all collected, a wish is made that surprises everyone.

Then, after an unexpected visit to the Planet Pot-au-feu, things settle down for the Z Fighters. Until an SOS from the future arrives in the form of Future Trunks! With his timeline in dire straits, he seeks help from the past. But the enemy that he’s running from looks exactly like…Goku?! Can the Z Fighters save Trunks’ future, or will they bring doom to their own timeline?

Dragon Ball Super: Part Four on Blu-ray has a list price of $44.98 (but is discounted everywhere) and is available at Best Buy, Deep Discount, Amazon, and Walmart.

Dragon Ball Super: Part Four on DVD has a list price of $39.98 (but is discounted everywhere) and is available at Best Buy, Target, Deep Discount, Amazon, and Walmart.

This Dragon Ball Z Journal is the perfect place to write down your thoughts on the series or even write your fan fiction. This spiral notebook features Super Saiyan Goku and villains. It has lined pages inside with chibi Goku in the corner. This is […]

The last episode of the Dragon Ball Super TV series is Episode 131: “The Miraculous Conclusion! Farewell, Goku! Until We Meet Again!” However, that doesn’t mean it is all over, as a film is coming, and today Toei Animation released a brand new Dragon Ball […]