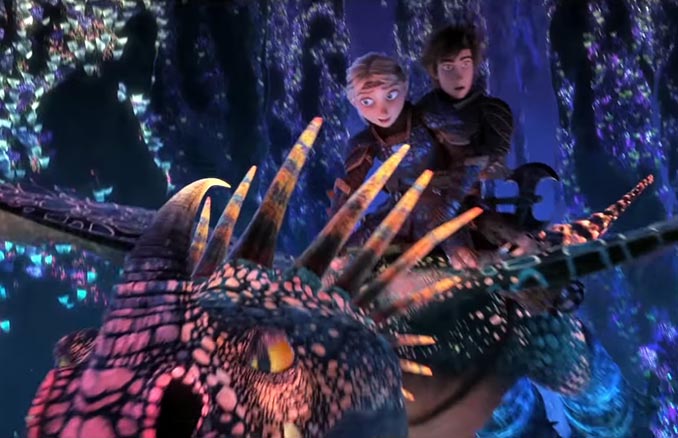 Like the other films in the series, How to Train Your Dragon 3 is directed by Dean DeBlois. He again also wrote the screenplay, which is of course based on the book series written by Cressida Cowell. It again includes an all-star cast of voice talent with Jay Baruchel as Hiccup, Gerard Butler as Stoick, Cate Blanchett as Valka, Craig Ferguson as Gobber, Jonah Hill as Snotlout, America Ferrera as Astrid, Kristen Wiig as Ruffnut, T.J. Miller as Tuffnut, Djimon Hounsou as Drago and Christopher Mintz-Plasse as Fishlegs.

This movie is due in theaters on March 1, 2019. (Update: The release date was moved a week earlier to February 22, 2019.) Watch the How to Train Your Dragon: The Hidden World Official Trailer from DreamWorks:

From DreamWorks Animation comes a surprising tale about growing up, finding the courage to face the unknown…and how nothing can ever train you to let go. What began as an unlikely friendship between an adolescent Viking and a fearsome Night Fury dragon has become an epic adventure spanning their lives. Welcome to the most astonishing chapter of one of the most beloved animated franchises in film history: How to Train Your Dragon: The Hidden World.

Now chief and ruler of Berk alongside Astrid, Hiccup has created a gloriously chaotic dragon utopia. When the sudden appearance of female Light Fury coincides with the darkest threat their village has ever faced, Hiccup and Toothless must leave the only home they’ve known and journey to a hidden world thought only to exist in myth. As their true destines are revealed, dragon and rider will fight together—to the very ends of the Earth—to protect everything they’ve grown to treasure.

Here is the official theatrical poster: 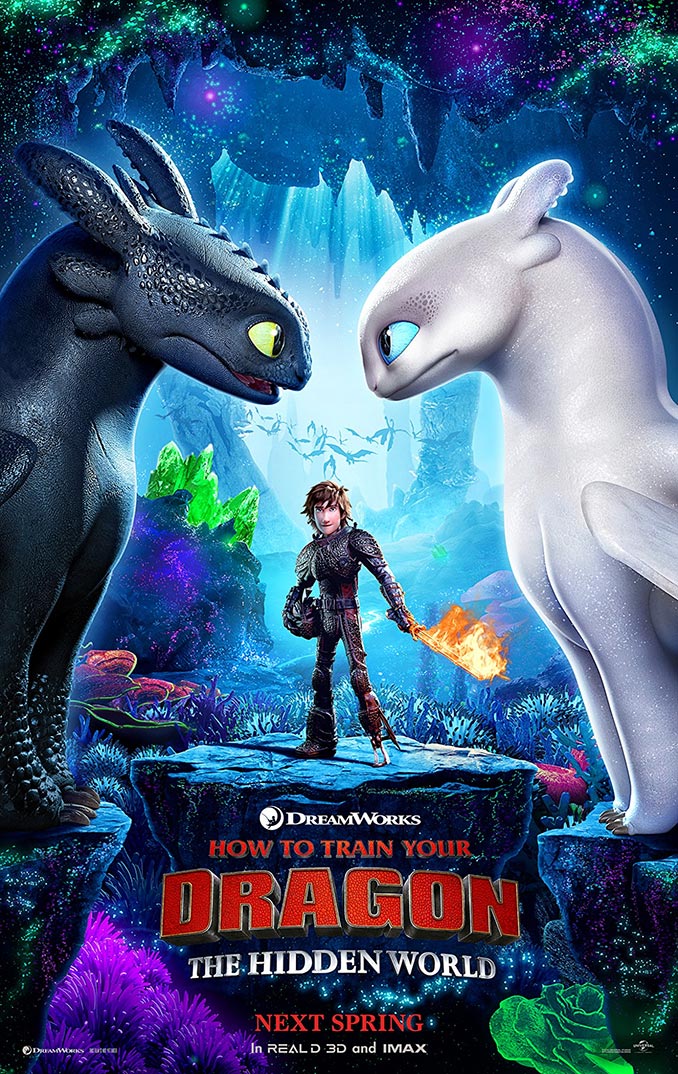 How to Train Your Dragon: The Hidden World Trailer #2

In June we saw the first Hidden World Trailer, and now DreamWorks Animation has released the How to Train Your Dragon: The Hidden World Trailer #2. As with the previous two films in the series, this third installment is written and directed by Dean DeBlois […]

Around New Years is the time when most people take down their Christmas decorations. However, The Nightmare Before Christmas Musical Glitter Globe Train is a decoration you’ll want to display all winter long. Each vintage-style train car is masterfully crafted in exquisite detail with sculpted […]