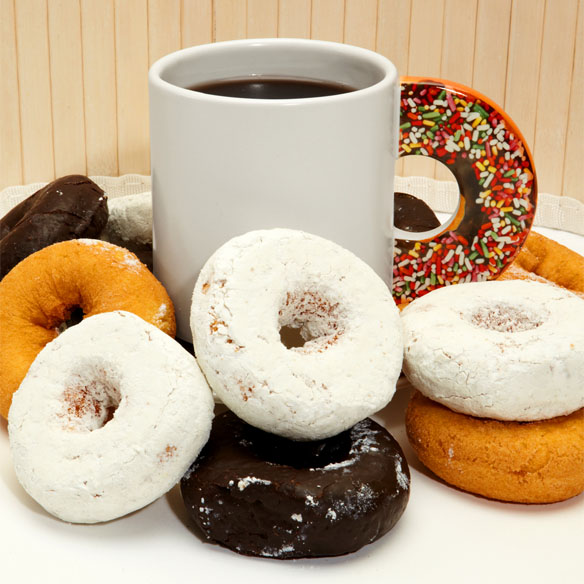 If I were to rattle off some of the yins and yangs in culinary delights, the first pair that’d come to mind would be coffee and donuts. The Donut Mug with chocolate glaze and extra sprinkles celebrates this magical combo, and you can be sure that every cop at the station will want a mug of their own.

Supplying a box of donuts for your friends is indeed a nice, thoughtful gesture. But you must first make sure that the supply of coffee is readily plentiful or else your gesture might be perceived as cruel. Milk could act as an acceptable substitute, too. But to manage the side effects experienced from empty calories and fat, caffeine is the best antidote. Coffee’s warmth seems to help with digestion as well. The donut mug is a visual reminder that you can’t have donuts without coffee. It’s basic Confucianism. Ok, I made that up but you know what I mean. 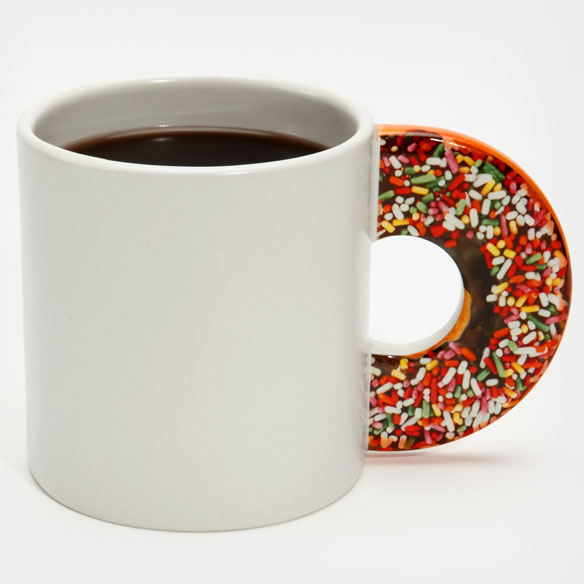 Who doesn’t love coffee and donuts? No one, that’s who. So why not combine the two into one awesome donut mug? This porcelain coffee mug features a handle that looks like a chocolate frosted sprinkled donut. Yum! About 4″x3.5″

Get the tantalizing Donut Mug at Fred Flare for $14. Don’t worry, the chocolate frosting and sprinkles won’t stick to your hands.

If you have the reverse problem of having tons of coffee but no donuts, one solution is to invest in one of these donut-making machines as seen on GeekAlerts. The top-of-the-line choice would be the Automatic Mini Donut Maker, aka the Dough-Nu-Matic. But if you’re on a budget, there’s also the Cake Pop and Donut Hole Bakery or the Homer Simpson Donut Maker.

Why should cupcakes get all the glory? Donuts are reclaiming their spotlight in recent times, but this Chocolate Donut Camera prefers to keep it on the down-low. What do chocolate-covered doughnuts and cameras have in common? Absolutely nothing, which is a good reason the two […]

Since a lot of us want our babies to become meat heads and have a successful career in ultimate fighting, it’s never too early to get them pumping iron right out of the womb with the Buff Baby Rattle. Buff Baby turns Junior into a bench-pressin’ body-builder. […]

Your inner Homer Simpson will want this Donut Mug, which while not edible in itself, is a nice homage to one of your favorite foods. Mmmm donuts….drool. This mug makes a great gift for coffee drinkers who like donuts. It will hold 12 ounces. It […]

I had a scrumptious breakfast today that consisted of several slices of bacon, scrambled eggs, toast, and a hot cup of coffee. Bacon has always been my favorite breakfast food; I even have it sometimes for lunch or dinner because I just can’t get enough […]