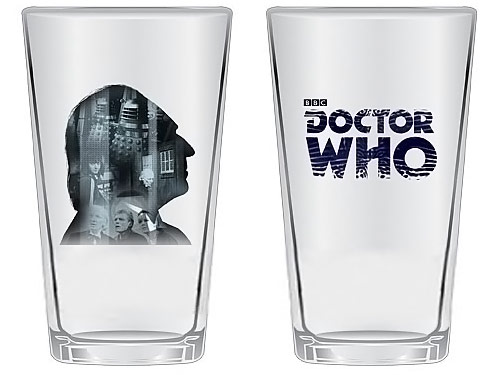 Fans of classic Doctor Who will want to celebrate the 5oth anniversary by raising a toast with this Doctor Who Anniversary First Doctor Glass Set. It features classic scenes from the first Doctors era on one side with the logo on the other side.

The set of two 16-ounce drinking glasses are awesome and a new set of 2 will be introduced every month in 2013. You’ll want to collect them all and get all 11 Doctors.

This great set of glasses is just $14.99 from Entertainment Earth. Pre-order them now and they will arrive in January.

This Doctor Who 50th Anniversary Retro 11 Doctors Bag is a must have for the serious Doctor Who fan. It spans the shows entire history by showing all 11 doctors on the front. This stylish bag will get you noticed by other Doctor Who fans […]