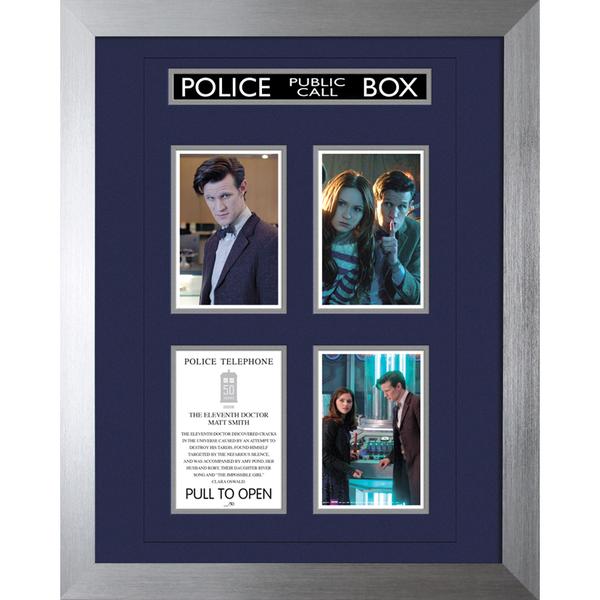 Matt Smith is out and Peter Capaldi is in but the man who made bow-ties cool will always be in our hearts. The Doctor Who 50th Anniversary Eleventh Doctor Deluxe Framed Print is a great way to remember the man who was the Doctor when the Time Lord turned 50.

The 16 x 20 print features Smith’s Doctor,  as well as his first Companion, Amy Pond, and his last Companion, Clara Oswald.

Presented on a conservation-quality mount board, with a foil-finished frame, each print is individually numbered, with a limited edition of only 50 copies per design being printed.

Get the Doctor Who 50th Anniversary Eleventh Doctor Deluxe Framed Print for £59.99/$98.31 at ForbiddenPlanet.com.