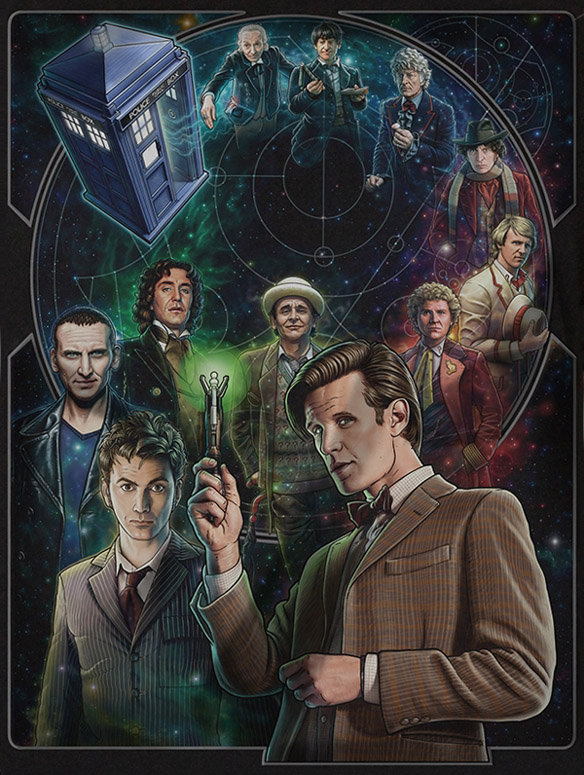 Do you need a Doctor? How about eleven of them? The Doctor Who 50th Anniversary Ladies T-Shirt is an exclusive, limited-edition shirt that will make a fantastic addition to any Whovian’s wardrobe.

The only thing cooler than fish fingers and custard is wearing a shirt made especially for New York Comic Con 2013, even if you weren’t lucky enough to make it to the Con. A few Doctor Who fans might be put off by the fact that the chronology is now thrown out of whack because John Hurt’s War Doctor isn’t in the line-up, but that’s what happens when the storyline gets changed up after artwork has already been created.

Even with the absence of the forgotten Doctor, this is still an awesome looking shirt. 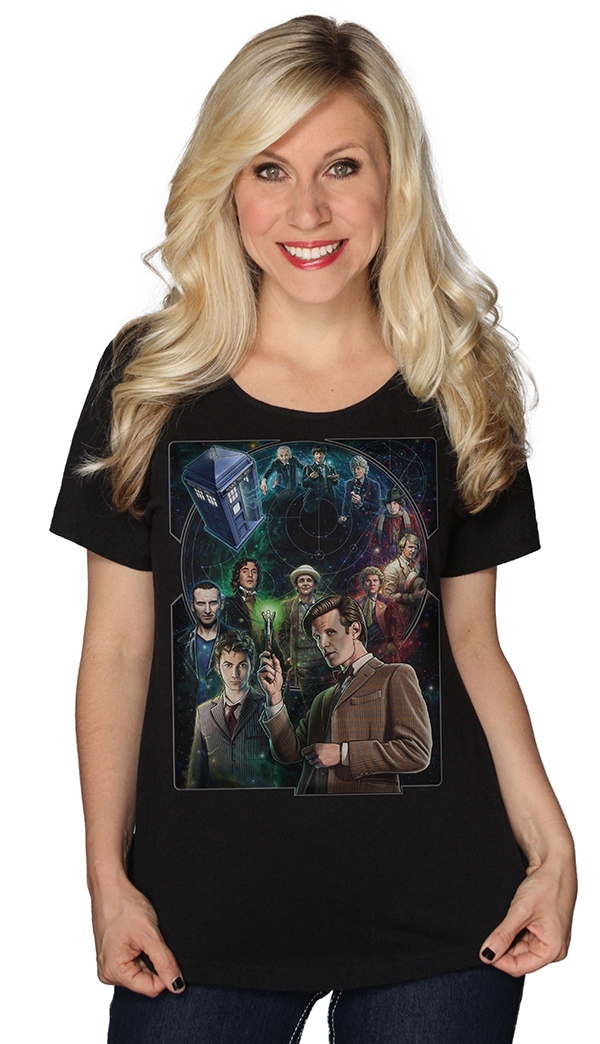 Some sizes of the shirt are already low and there won’t be any future orders made so grab the Doctor Who 50th Anniversary Ladies T-Shirt while you can. It’s available for $30 at ReedPop Supply Co.

Celebrate Doctor Who’s 50th anniversary with this Doctor Who 50th Anniversary Poster. This beautiful lithograph is by artist Jeff Halsey and shows the TARDIS sitting with the door open with some light leaking out. At the bottom is a quote from the Doctor, about the […]

Imagine if you could have a Time Lord keep an eye on your money. Now forget that and imagine what it would be like to have eleven Time Lords watch your money because that’s exactly what happens with the Doctor Who 50th Anniversary Wallet. Bi-fold […]