Everyone has their favorite Doctor but why choose when the Doctor Who 12 Doctors Deluxe Framed Print lets you celebrate all the incarnations of the popular Time Lord that have come before.

The 30″ x 11.5″ print features the iconic Doctor, all the way from his first incarnation (portrayed by William Hartnell) to the most recent Eleventh Doctor (played by Matt Smith).

Although a little late to the game, this bit of art celebrates the Doctor’s 50th anniversary so Peter Capaldi isn’t included since he wasn’t introduced until after the anniversary episode, but the rarely-celebrated Eighth Doctor and War Doctor are in the line-up.

In addition to the Doctors, the print also includes two Doctor Who medallions, a list of the actors who portrayed the pictured Time Lords, and a certificate of authenticity. 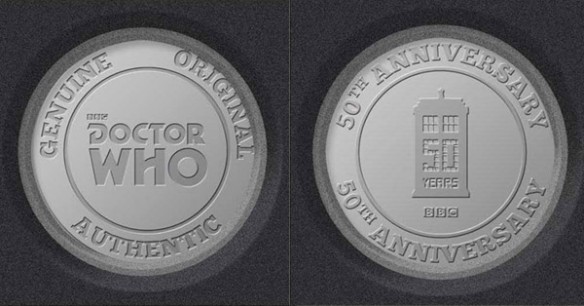 Celebrate 50 amazing years of Doctor Who with this Doctor Who 11 Doctors Framed Stamp Set. It is an amazing collectible and makes a great decoration for your wall. This set features all 11 Doctor Who Special Stamps, individually mounted inside of a black ash […]

Hang this Doctor Who Weeping Angel Framed Print on your wall and you won’t have to worry about blinking. That just applies to statues, nit framed art. This awesome framed print is done in the style of Davinci and will look amazing on your wall […]

This Doctor Who 50th Anniversary Retro 11 Doctors Bag is a must have for the serious Doctor Who fan. It spans the shows entire history by showing all 11 doctors on the front. This stylish bag will get you noticed by other Doctor Who fans […]

Paul McGann takes control of the TARDIS once again as the Doctor Who Eighth Doctor Sixth-Scale Figure. In the long line of Doctors that have come before and after the Eighth Doctor, McGann’s incarnation truly gets the short end of the sonic screwdriver, remembered mostly […]