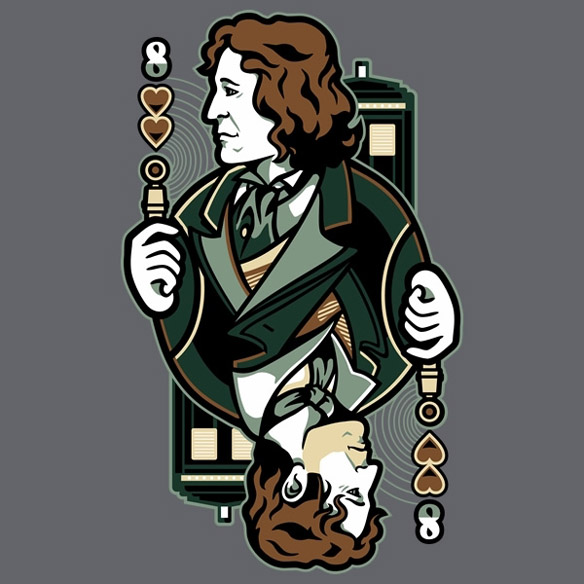 “I’m the Doctor, but probably not the one you were expecting.” And with that line, Steven Moffat made the hopes and dreams of many Whovians come true, even if for only a little while. The Doctor Who 8th of Hearts T-Shirt is the perfect bit of clothing for anyone who experienced a special little tingle when Paul McGann appeared in ‘The Night of the Doctor.’

The Eighth Doctor has had many adventures in audio stories but he got the shaft when it came adventures on the small screen. We saw his first adventure in the made-for-TV movie that restarted the Doctor Who franchise, and his last adventure in a mini-movie that led up to the 50th Anniversary episode.

Fortunately, two appearances were enough for one creative artist to create a design that included both looks of McGann’s Doctor. Personally, I’m a fan of the shorter hair. 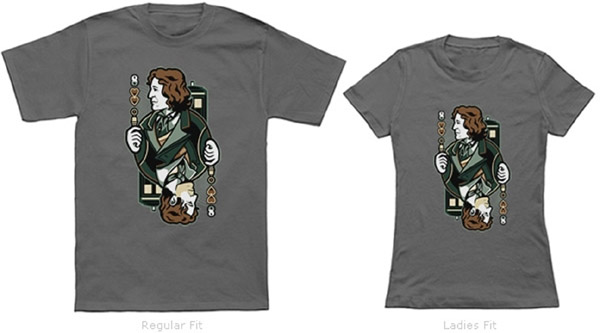 The Doctor Who 8th of Hearts T-Shirt is available for $19.95 at NeatoShop.

He may have been the shortest lived Doctor in the history of the show, but Paul Mcgann’s 8th Doctor was certainly memorable and his Tardis interior was amazing. Now you can keep him with you with this Doctor Who Masterpiece Collection 8th Doctor Maxi Bust. […]

Doctor Who Night of the Doctor 8th Doctor Action Figure