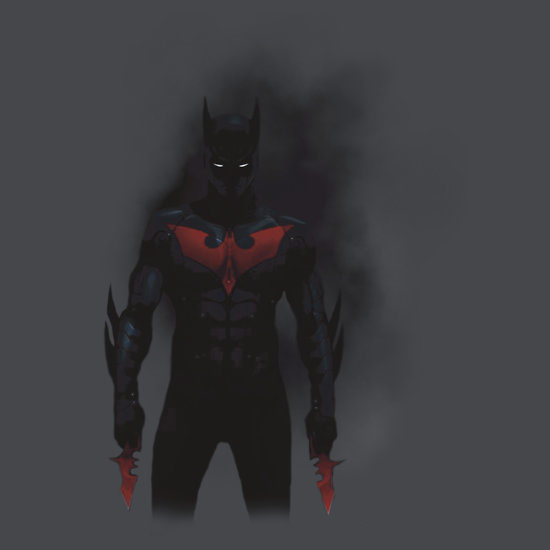 Bruce Wayne’s Batman gets a lot of geek-wear love, and there’s nothing wrong with that since he’s the original deal, but others have worn the mantle of the Bat, with another fan favorite stepping out of the shadows on the Batman Beyond T-Shirt.

Teenager Terry McGinnis didn’t know what he was getting into when he helped an old man who was being attacked by thugs, but then he found out the old guy was Bruce Wayne and before you could say ‘Holy Geriatric Dark Knight,’ he was fighting crime as the new Batman.

Unfortunately, the Batman Beyond comic book was cancelled to make room for other titles but the futuristic non-caped crusader has a legion of loyal fans who will proudly share their future Batman love. 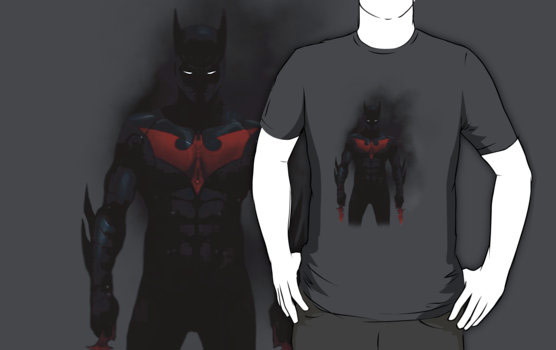 The Batman Beyond T-Shirt is available for $24.54 at RedBubble.com.

Get two generations of Dark Knight (along with a Dark Dog) with the Batman Beyond Action Figure 3-Pack. In a dark world envisioned by Frank Miller, Bruce Wayne came out of retirement, but what if he needed another to carry the mantle of the Bat? […]

Beyond the Wall T-Shirt

Fans of Game of Thrones and the Legend of Zelda should appreciate this creative 8-bit mashup from designer perdita00. The Beyond the Wall T-Shirt features Jon Snow receiving a little Legend of Zelda styled assistance (in the form of Ghost & Longclaw) before he ventures […]

A retired Dark Knight becomes a teacher for the next generation of crimefighters with the Batman Beyond Bruce Wayne Bust. Batman finally found a foe he couldn’t beat when he went toe-to-toe with Father Time, but a few years, a lot of gray hair, and […]

I believe just about everyone has heard of the “Fighting Irish,” and if you haven’t then you probably aren’t celebrating St. Patrick’s Day anyway. The Star Wars Fighting Empire T-Shirt was designed by Jimiyo and places our favorite Star Wars bad guys (Boba Fett, Darth […]