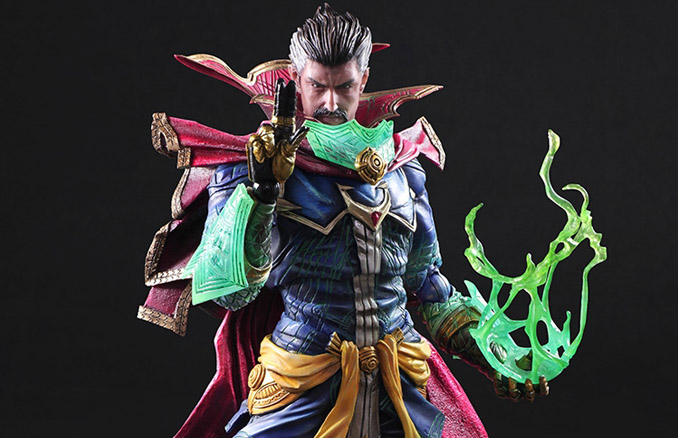 The mystical and magical powers of Square-Enix have been summoned by the Sorcerer Supreme for the Doctor Strange Variant Play Arts Kai Action Figure.

The figure features a high degree of articulation, a variety of interchangeable hands, a poseable cape, and various magical effects accessories.

If you’re looking for a figure that’s more faithful to the movie version of the character, you might be interested in the Doctor Strange Sixth-Scale Figure.

This Marvel Universe Doctor Strange Variant Play Arts Kai Action Figure is the Doctor Strange figure that fans have been waiting for. This figures features the hero in his signature cape, which can be inverted for many different poses. It features an articulated chest, shoulders […]