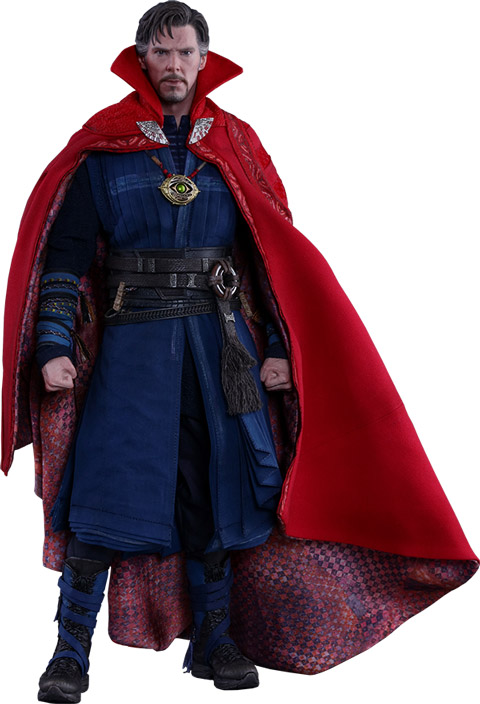 Benedict Cumberbatch is ready to work some magic as the Doctor Strange Sixth-Scale Figure.

Standing 12.20-inches tall and based on Cumberbatch’s portrayal of the Sorcerer Supreme, this sixth-scale figure comes with accessories that would impress even the Ancient One, including mystical accessories like Strange’s colorful Cloak of Levitation and a variety of spell effects.

The Doctor Strange Sixth-Scale Figure will be available Jul 2017 – Sep 2017 but it can be pre-ordered now for $234.99 at Sideshow Collectibles.

Peter Quill is back as the Guardians of the Galaxy 2 Star-Lord Deluxe Version Sixth-Scale Figure. When the galaxy needs saving for a second time or you just need to add some new awesomeness to your GotG collection, this 12.20-inch-tall figure has what it takes […]

The Sorcerer Supreme has arrived from the astral plane in the form of the Doctor Strange Movie Pop! Vinyl Figure. Standing approximately 3 3/4-inches tall and based on Benedict Cumberbatch’s portrayal of the character in the upcoming movie, Doctor Strange stands ready to defend reality […]