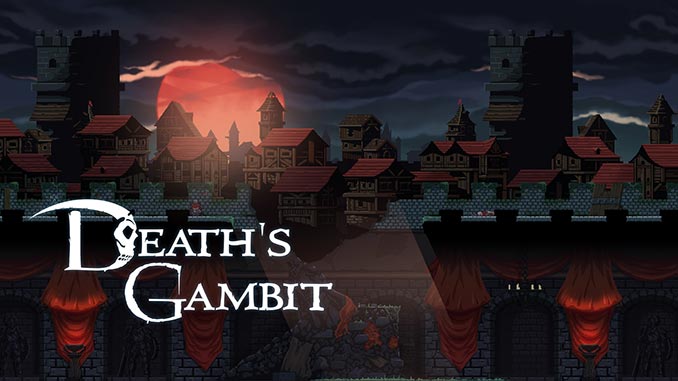 Adult Swim just released the Death’s Gambit Official Trailer and announced the release date: August 14, 2018. This hardcore 2D action platformer is filled with rich RPG elements. In the game you serve as an agent of Death, bound to his service as you explore an alien medieval planet filled with beasts, knights, and horrors.

Death’s Gambit from developer White Rabbit will be released for PC (Steam) and the PlayStation 4 on August 14, 2018. Pre-order now to get the Chosen of Death pack, an exclusive set of starter items including Necrotic Shield, The Death Scythe, and Legendary Pale Mount.

The promise of immortality lies at the heart of Siradon. As Death’s right hand, challenge the undying guardians of the realm and endure the eternal struggle to purge their souls. But what reward awaits a faithful servant of Death?

Death’s Gambit is a hardcore 2D action platformer with rich RPG elements. Master the precise combat, utilizing a wide variety of weapons and abilities to confront the horrors that lurk deep within Siradon. Explore a mysterious and unforgiving world to uncover the true price of immortality. Embrace the challenge of being an agent of Death.

In Death’s Gambit, you hunt and slay mighty boss creatures, each one requiring a unique strategy. Explore an alien world that spans dark forests, medieval towns, frozen wastes and more.

Build an impressive arsenal of powerful blades and helpful spells. Scale buildings and beasts with your trusty grappling hook.

These X-Men Rogue & Gambit Leggings will keep this X-pair close for as long as you are wearing them. You know they belong together, so wear them with pride. They are made of 95% polyester and 5% spandex. Celebrate Marvel’s most famous love birds and […]

The Case of Beasts: Explore the Film Wizardry of Fantastic Beasts and Where to Find Them

The Case of Beasts: Explore the Film Wizardry of Fantastic Beasts and Where to Find Them is a mouthful. It also offers a unique behind-the-scenes look at the making of the movie. The designers also designed graphic props for the feature film. This cool book […]

Now is the perfect time to add the ragin’ Cajun to your action figure set, with this X-Men Gambit Marvel Select Action Figure. This Gambit statue capture’s the character’s attitude perfectly and he comes with a Danger Room base. Gambit is one of the most […]

I am Gambit T-Shirt

Gambit is one of the best X-Men characters. Do you want to be just like him? Well, this I am Gambit T-Shirt will make you look just like the X-Man. You will have to supply the playing cards. You can look just like Remy LeBeau. […]

When you drink with this RPG Drinking Stats Pint Glass 4-Pack, just be aware that your stats are going to change. Each glass gives you different stats. When drinking gives you powers, use the +10 Charisma or +10 Wisdom glasses. When drinking takes powers away, […]

This Medieval Cheese Board let’s you act like an executioner while cutting cheese for your guests.Off with it’s head.This fun kitchen piece consists of a shield-shaped board made of rubberwood and a set of 3 knives that include two battle axes and one spear. It […]