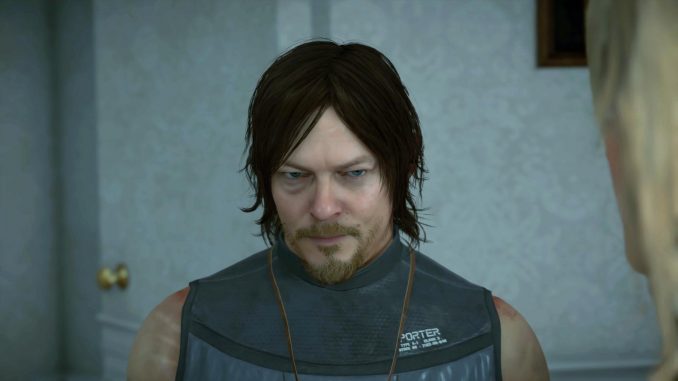 Fans of Metal Gear and designer Hideo Kojima have been eagerly anticipating Death Stranding since the Release Date Trailer in May. Now you can see the Death Stranding Briefing Trailer to get a lot more information on the intriguing story that will be told with this video game.

Sam Porter must travel across a ravaged wasteland and save humanity from impending annihilation after mysterious explosions set off a series of supernatural events and otherworldly creatures begin to plague the landscape.

Today Kojima Productions announced that Death Stranding, their highly-anticipated upcoming game for the PlayStation 4, will be released on November 8, 2019. They also presented the Death Stranding – Release Date Trailer, an 8+ minute video that features an impressive cast and makes this game […]

It’s one of the most anticipated PlayStation 4 games of the year, and you can check out the latest in the Death Stranding The Drop Trailer. It will be released on November 8, 2019. Best Buy is currently taking pre-orders of Death Stranding, and it […]

That Death Star Tree Topper is pretty awesome, but perhaps you already have a Christmas tree topper that’s a tradition. That’s okay because you can get this magnificent Death Star Ornament With Light and Sound instead! This Hallmark Keepsake ornament isn’t just remarkably detailed when […]

Adult Swim just released the Death’s Gambit Official Trailer and announced the release date: August 14, 2018. This hardcore 2D action platformer is filled with rich RPG elements. In the game you serve as an agent of Death, bound to his service as you explore […]