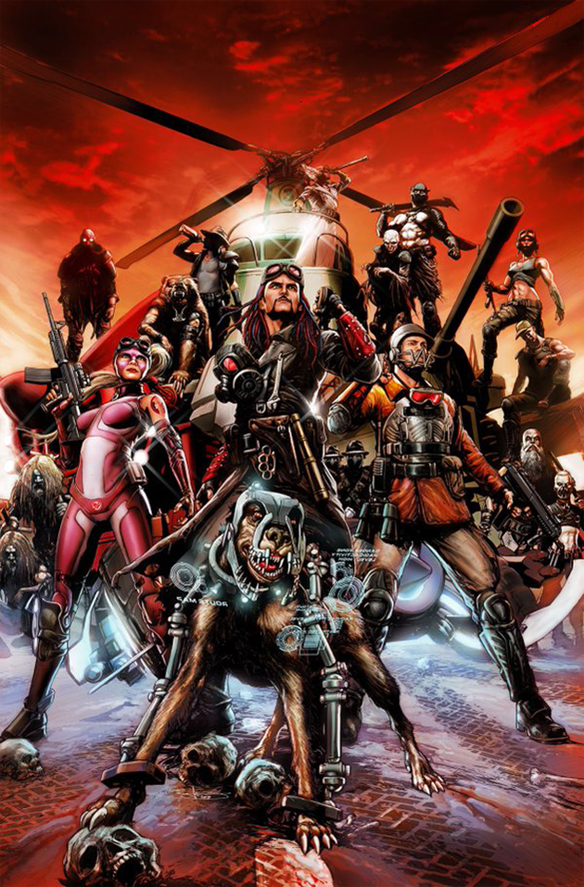 Prepare to have your childhood shattered with DC Comics Wacky Raceland #1 as DC Comics takes Hanna Barbera beyond… everything.

Believe it or not, there’s a good chance, if you fall in a certain age range, that you watched this crew race before. If the above image isn’t ringing a bell then take a look at the image below. That’s probably the wacky racers you remember.

As you can see on the tentative cover for the new comic book series, the racers have entered the world of GrimDark that everyone seems to enjoy these days. If you’ve been waiting for some of your favorite cartoon characters from childhood to enter the world of Mad Max, your comic book has arrived.

The world has ended, but the race has just begun! Penelope Pitstop, Peter Perfect and the rest of the Wacky Racers vie for the finish line in a contest where the winner takes all and second place is death.

Today’s trial: the shattered maze of freeways known as the Überpass, where they’re beset by giant sand beasts, mutated insects, and worst of all, Dick Dastardly’s murderously poor sportsmanship. The last thing they need after surviving the race is a brutal bar fight in a local dive, but that’s just what they get!.

DC Comics Wacky Raceland #1 will be available June 2016 but it can be pre-ordered now for $3.77 at Forbidden Planet.