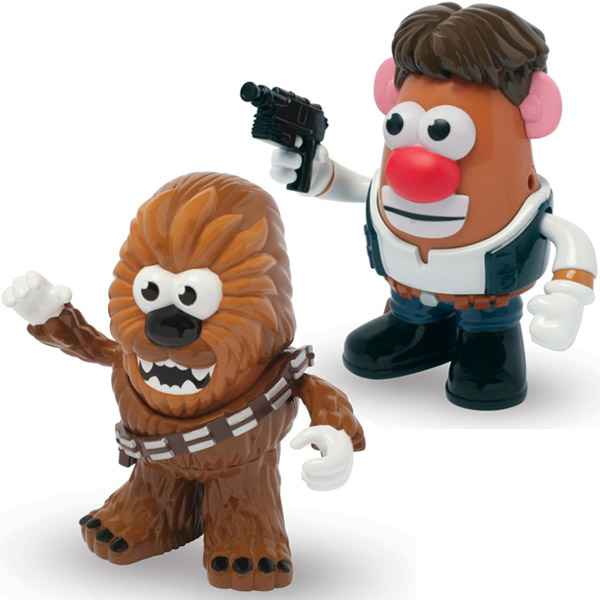 A long time ago, in a galaxy far, far away, the Star Wars Han Solo and Chewbacca Poptaters Mr Potato Head Figures gave a lift to a couple of spuds on a desert planet. Han and Chewie didn’t know it at the time, but they had just become involved in the Starch Wars.

Standing over 6-inches tall, these spudtastic figures are great for fans of Star Wars and lovers of Mr. Potato Head.

Don’t forget to take the Predator PopTaters Mr. Potato Head with you when you get to the chopper. The ultimate hunter meets the ultimate potato with this approximately 6-inch-tall spud based on the alien hunter in the 1987 film, Predator. Equipped with ugly feet, a […]

The Sorcerer Supreme is feeling a bit starchy since a mis-spoken spell transformed him into the Marvel Doctor Strange Poptaters Mr. Potato Head. Standing approximately 6-inches-tall, this miniature version of Mr. Potato Head conjures forth the mystical Stephen Strange, complete with the cloak of levitation […]

Follow the fashion sense of two popular Star Wars characters while only taking up space in your closet with one item when you grab the Star Wars Chewbacca Han Solo Reversible Hoodie like the Death Star tractor beam locking on to the Millennium Falcon. There’s […]