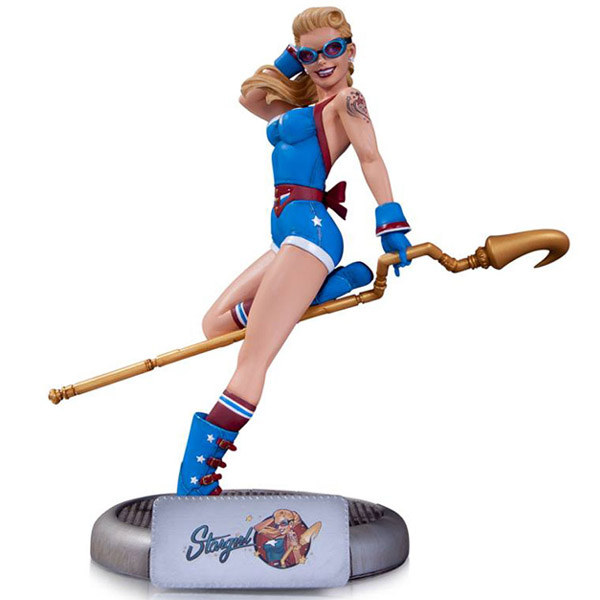 Red, white, and blue with stars? She must be Captain America’s new sidekick, right? Nope! The DC Comics Bombshells Stargirl Statue gives the Bombshell treatment to a hero following in some pretty big footsteps, although she just recently had a chance to shine in DC Comics’ Forever Evil storyline.

Striking a sexy 1940s pin-up style pose with her Cosmic Staff, the girl who was originally known as the Star-Spangled Kid changed her name when she became the new owner of Starman’s staff and is currently fighting the bad guys alongside the Justice League of America… although she’s not looking quite as sexy in the JLA as she is here.

The DC Comics Bombshells Stargirl Statue will be available July 2014 but it can be pre-ordered now for $99.99 at Entertainment Earth.