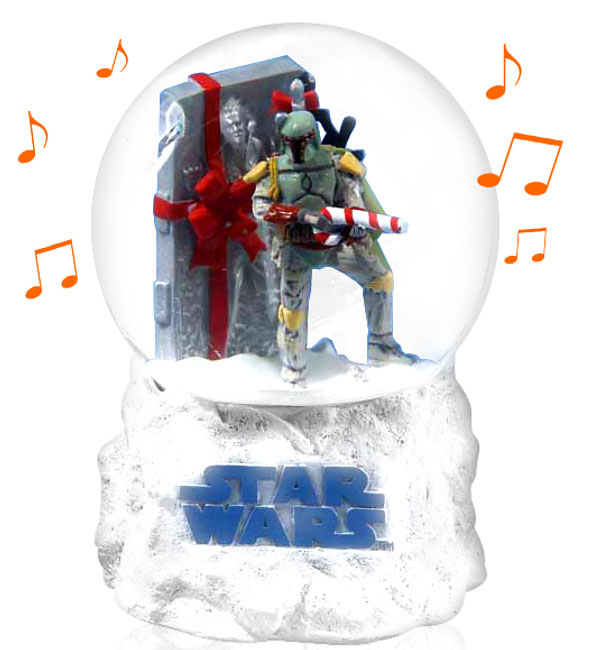 The Boba Fett Musical Snowglobe captures an iconic scene and recreates it with a holiday theme to make it more in tune with this Christmas season. Instead of wielding some sort of intimidating weapon, Boba Fett is instead holding a gigantic candy cane as a weapon while guarding the frozen Han Solo.

Enjoy a hot cup of joe in your Hellboy Mug, give the Boba Fett Musical Snowglobe a good shake and twist to start the melody, and relax in your seat.

Put the Boba Fett Musical Snowglobe in any scenario and we guarantee it will elicit oohs and aahs from friends, relatives and even Corellian smugglers. Now all you need is a copy of the Star Wars Holiday special (non-geeks get Googling) and your Star Wars themed Christmas will be complete.