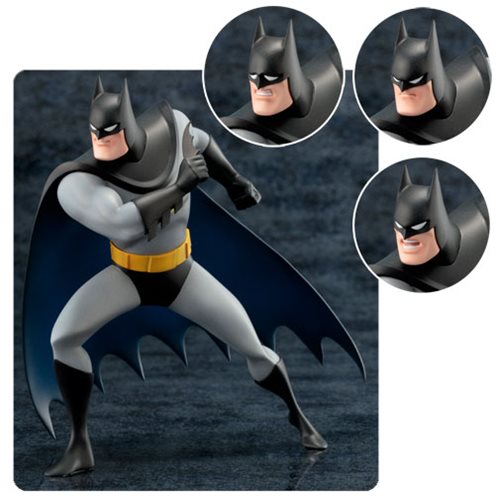 Protecting Gotham City is hard work and the Batman: The Animated Series Batman ArtFX+ Statue comes with three different expressions to capture the emotion that goes into being the Dark Knight.

Standing approximately 7 1/2-inches tall and based on Bruce Timm’s iconic design for the animated character, Batman stands with his batarang at the ready, prepared to unleash justice on the villains of Gotham. To help in his quest, he comes with three alternate facial expressions – normal, squinting, and weakened.

The Batman: The Animated Series Batman ArtFX+ Statue will be available January 2017 but it can be pre-ordered now for $49.99 at Entertainment Earth.