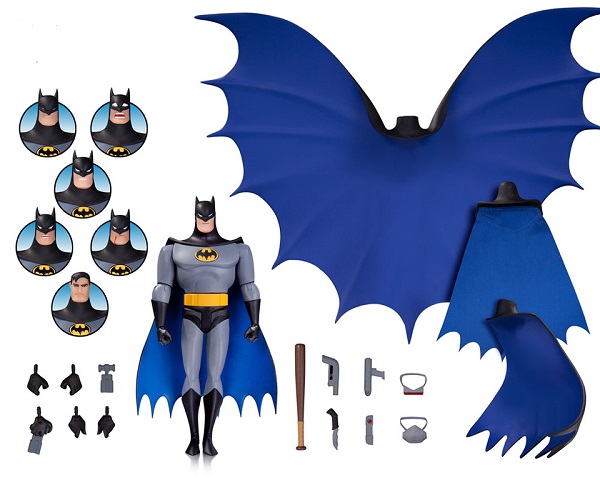 The Dark Knight learns how to express himself with the Batman: The Animated Series Batman Expressions Pack.

Batman isn’t known for flashing his pearly whites around Gotham City. His expressions usually range from angry to angrier and even angrier.

Best of all, the accessories can be used with any Batman action figure from the Animated Series line.

The Batman: The Animated Series Batman Expressions Pack will be available April 2017 but it can be pre-ordered now for $39.99 at Entertainment Earth.

A new character in the Batman universe rockets onto the scene with the Batman The Animated Series Roxy Rocket Deluxe Action Figure. As far as villains go, Roxy is pretty tame but she sort of shares a bond with Harley Quinn. Roxy Rocket blasted into […]

The secret is out with the Unmasked Batman Pop! Vinyl Figure, and now everyone will know that Batman is really Bruce Wayne. Holy Bat-Scandal! Funko has let the cat bat out of the bag with an unmasked version of the Dark Knight. Fortunately, the Caped […]