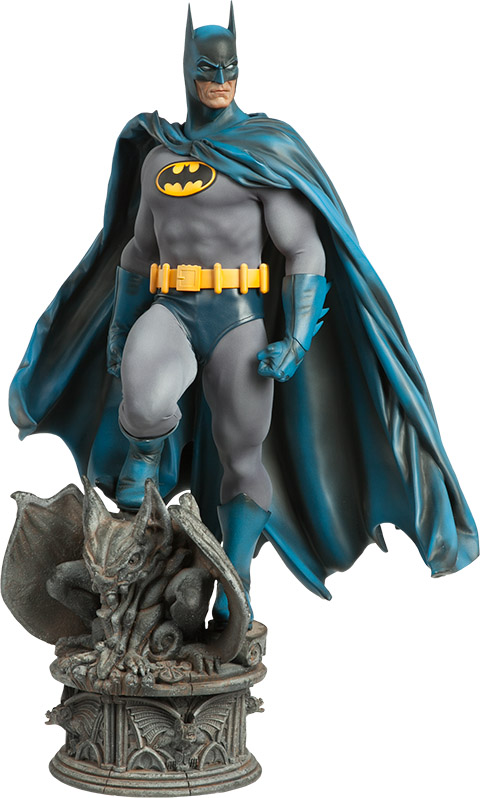 The Dark Knight is all grim and gritty and dressed in black these days but the Batman Modern Age Premium Format Figure shows the Caped Crusader when he was working with a little more variety in his wardrobe.

Similar to the Batman Premium Format Figure, this 25-inch-tall statue features Bruce Wayne’s vigilante alter-ego striking an impressive pose atop one of Gotham City’s many creepy gargoyles, but this version of Bats is wearing his classic blue and grey costume, complete with yellow Bat emblem and a simplified utility belt that isn’t nearly as detailed as it usually is these days. The figure also has two head sculpts and two interchangeable hands that allow Batman to be posed either with or without a batarang.

The Batman Modern Age Premium Format Figure will be available Feb 2016 – Mar 2016 but it can be pre-ordered now for $429.99 at Sideshow Collectibles.

Hollywood has given the Thunder God a real-life face these days but the Thor Modern Age Premium Format Figure will still be something near and dear to the hammer-wielding god’s comic book fans. If Chris Hemsworth is the only Thor you care about, then you’ll […]