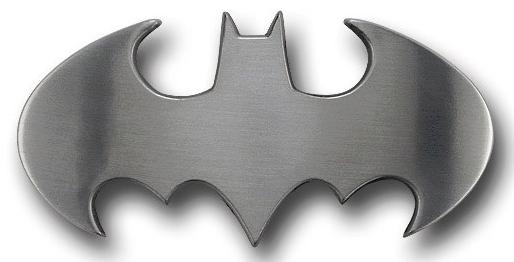 Batman was one of my favorite superheroes of all time. He wasn’t born with any super powers, but he was as heroic as any of the heroes can get as he fought crime in Gotham City. And if you want to constantly have some sort of Batman memento with you at all times, then you can get the Batman Belt Buckle Brushed Silver Symbol to fasten your belts. 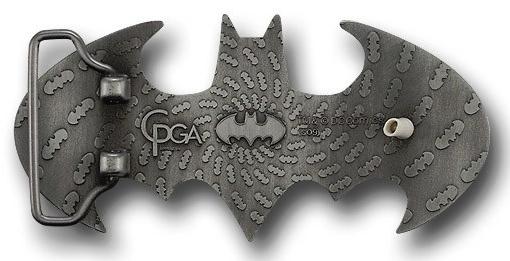 The Batman Belt Buckle Brushed Silver Symbol looks classic but will probably suit more causal occasions. I don’t think it will impress your boss very much if you walk into a meeting or gave a presentation with this thing on your waist (unless of course, it’s Halloween, Casual Fridays or you have a super cool boss that loves Batman!)

Before the coming of the Batman Belt Buckle Brushed Silver Symbol, the utility-belt was more of a utility-band-of-leather-with-stuff-stuck-on-it-that-Batman-drags-around, which, to be honest, is an inconvenient mouthful. It’s a good thing this belt buckle came along to grab the two ends of that leather strap thing and make it a belt! Now this stylish Bat symbol buckle can be yours: the brushed metal looks, the 4.5 inch length, and 2.125 inch height. All this magic can hold your leather strap together as well.

Show your love for the Dark Knight and blast your tunes at the same time with this Batman Symbol Belt Buckle with Speaker. It’s like a musical utility belt with the belt. It’s perfect to wear with your Batman costume while blasting the Batman theme. […]

You’re not into the Dark Knight’s cape or cowl but you’re seriously digging the utility belt look? The DC Comics Batman Reversible Belt and Buckle is the belt you’ve been looking for. You don’t get cool things like smoke bombs, grappling hooks, or Bat-Shark-Repellent but […]

Yes, the time has come for another accessory from the world of superheroes.

A couple weeks ago we introduced you to the Aluminum Gasket iPhone 4 Cases from id America. While the brushed aluminum offers stunning looks, it also provides strong and lightweight protection for your Apple iPhone 4. Their newest product is simply a new color for […]