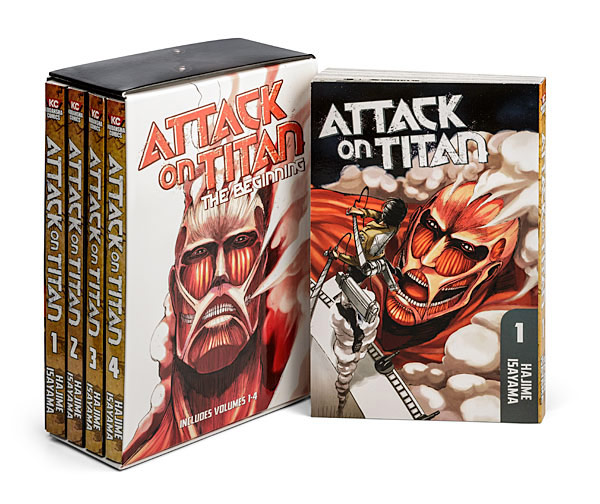 You get volumes 1-4 in a special boxed edition.

In this story, humanity has been devastated by the bizarre, giant humanoids known as the Titans. Little is known about where they came from or why they are bent on consuming mankind. Seemingly unintelligent, they have roamed the world for years, killing everyone they see. For the past century, what’s left of humankind has hidden in a giant, three-walled city. People believe their 100-meter-high walls will protect them from the Titans, but the sudden appearance of an immense Titan is about to change everything.

Read the story for the first time or read them all over again. Either way you are sure to enjoy this awesome set. Only $43.99 from ThinkGeek.com and $37.37 at Walmart.com.

So you’re looking pretty fine as you stand by the bar and scout the wedding reception for pretty ladies. One by one, they pass and momentarily, their eye flick over to your neck area. After four or five women doing the same, you glance down […]

Why dress up as an Orc or an elf when you can be a fighter who carries a giant sword? Giant swords rock. And so will you when you wield this Massive Cosplay Titan Sword. Just look at the size of that thing. This Foam […]