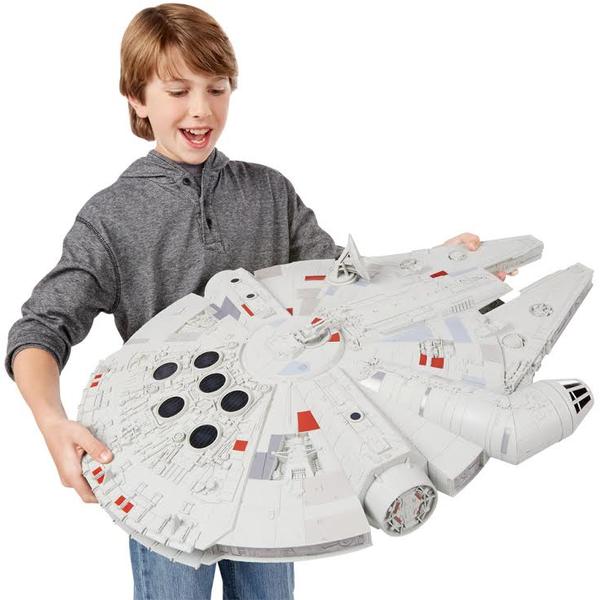 You can now fly your own Kessel Run or help blow up the Death Star with the Millennium Falcon Star Wars Hero Series Vehicle.

Measuring 2.5-feet-long, this highly-detailed version of Han and Chewie’s iconic ship features a cannon on the top that turns, lifts and lowers, as well as a rotating radar dish. It also comes with a label sheet and instructions

Luke can say it looks like a piece of junk and Princes Leia can make snarky quips about being brave because they flew in it, but no ship in the Star Wars universe is as instantly recognizable as the Falcon.