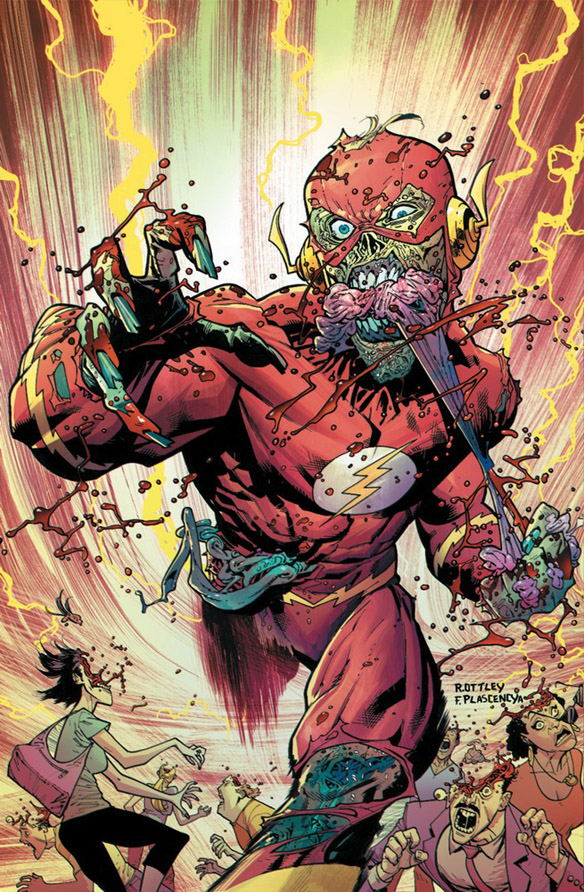 The DC Comics Universe faces a new threat as revealed in the Zombie Flash Art Print, proving that one zombie is enough to bring about the end of mankind if that one zombie happens to be the fastest dead man alive.

With this 11″ x 17″ poster, artist Ryan Ottley shows us what happens when Barry Allen gets infected by a zombie. Perhaps the speedster thought he could outrun his undead fate but not even he was fast enough to do that. Now his ravenous appetite is a weapon of destruction as he speeds through the city faster than the eye can see, grabbing a few snacks along the way.

The Zombie Flash Art Print is available for $20 at Ryan Ottley’s BigCartel store.

The Dead is strong in this Zombie Yoda Art Print, making all Star Wars fans ask a very important question – can a zombie use the Force? Yoda is one of the most powerful Jedi Masters around so it’s only natural for the whole universe […]

Is there anyone out there who likes zombies but doesn’t like The Walking Dead? I suppose it’s possible, and the Zombie Art Prints let you style-up your zombie decor with two eye-catching pieces of art that aren’t cluttered by any Walking Dead characters or logos. […]