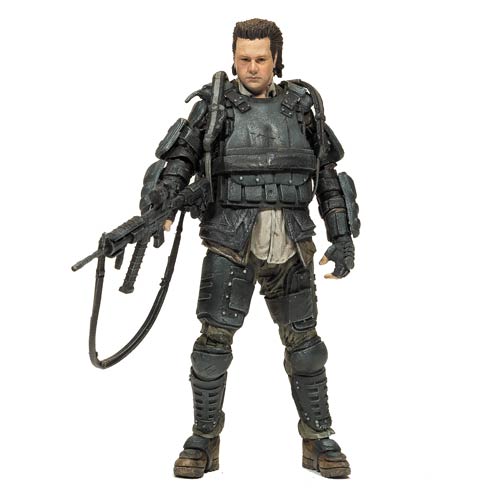 The world has come to an end and mullets are fashionable again. I don’t think the timing is a coincidence, but the Walking Dead TV Series 8 Eugene Porter Action Figure rocks a solid hair game, regardless of your personal opinion regarding the Tennessee Top Hat.

Standing about 5-inches tall and featuring approximately 22 points of articulation, Eugene is decked out in Glenn’s riot gear as the gang takes on Terminus… because keeping Eugene’s brilliant mind safe is important, because he’s working on a cure… and a nice guy like Eugene wouldn’t lie about something like that. Right?

The Walking Dead TV Series 8 Eugene Porter Action Figure will be available November 2015 but it can be pre-ordered now for $14.99 at Entertainment Earth.

Looking for a safe place to hang your crossbow during the zombie apocalypse? You’re in luck because the Walking Dead Terminus Map Flask will show you the way. The walkers are hungry and you’re tired of looking over your shoulder all the time and sleeping […]