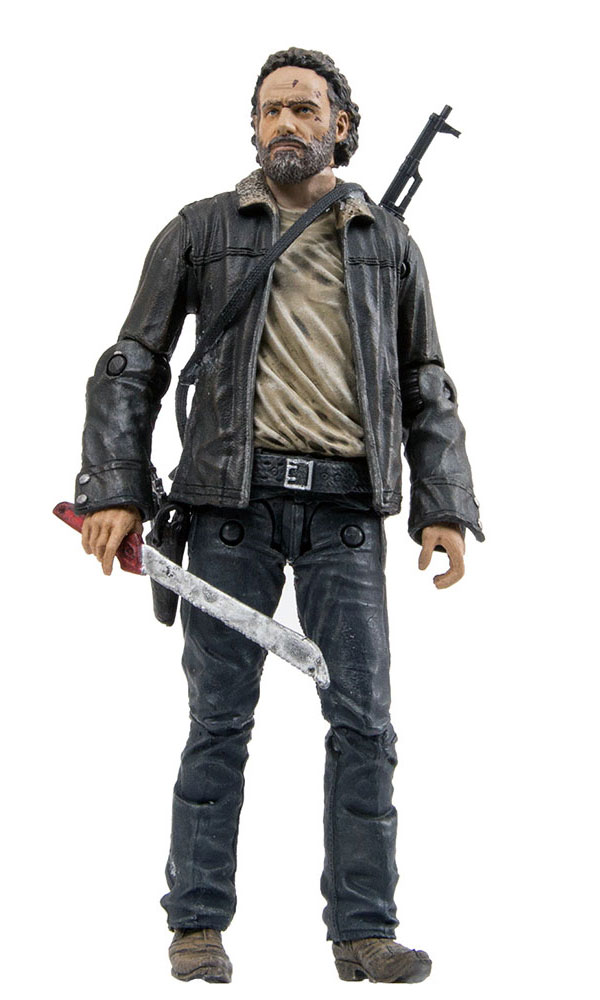 He needs a shave. He needs a haircut. He probably needs to brush his teeth after ripping a guy’s throat out with his teeth last season. What he doesn’t need is someone telling him what to do. The Ricktatorship is in session, and this action figure, with approximately 22 points of articulation, is armed with an assault rifle, a pistol, and a red-handled machete to make sure his word is law.

If you’ve been dying to add bearded Rick to your TWD collection but find the Walking Dead Rick Grimes Sixth-Scale Figure to a bit too pricey, then this is the figure for you. 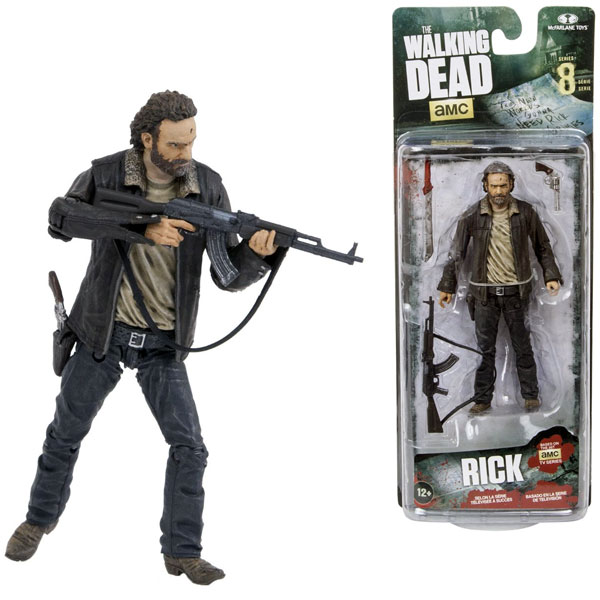 The Walking Dead TV Series 8 Rick Grimes Action Figure will be available later this month but it can be pre-ordered now for $14.99 at Entertainment Earth. Also $14.99 at Amazon.com.

Sometimes life piles on too much. Your wife cheats. Your son won’t stay in the house. The zombie apocalypse happens. For those times, there’s the Walking Dead TV Rick Grimes Vigilante Edition 10-Inch Deluxe Action Figure. Rick feels your pain… but he also mocks you […]