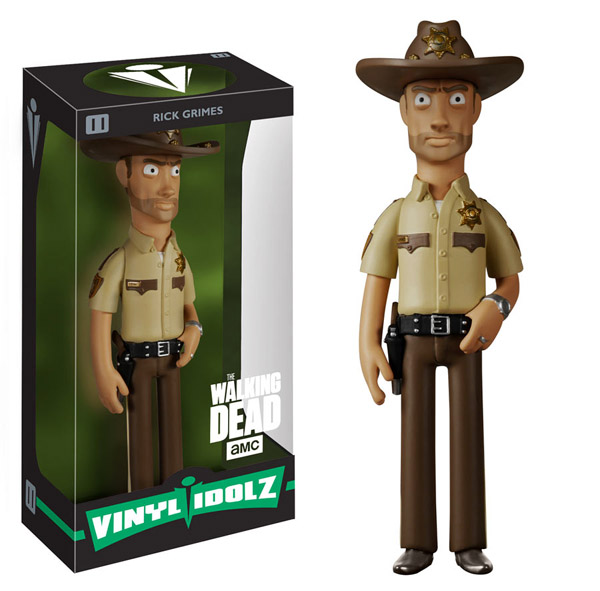 The Walking Dead Rick Grimes Vinyl Idolz Figure says the Ricktatorship has arrived, so get in line and follow the rules or face the consequences… and consequences during a zombie apocalypse usually aren’t pretty.

Standing approximately 8-inches-tall, this vinyl figure is bringing the law to a world on the edge, and the law is accompanied by Rick’s own special blend of crazy. Let’s face it. Rick’s grip on sanity isn’t always great.

Not quite clean-shaven, but nowhere near being the wooly-booger he became before Alexandria, this Vinyl Idolz version of the Rickmeister is the perfect thing to keep you company when you think walkers are right outside your door.

The Walking Dead Rick Grimes Vinyl Idolz Figure will be available October 2015 but it can be pre-ordered now for $19.99 at Entertainment Earth.