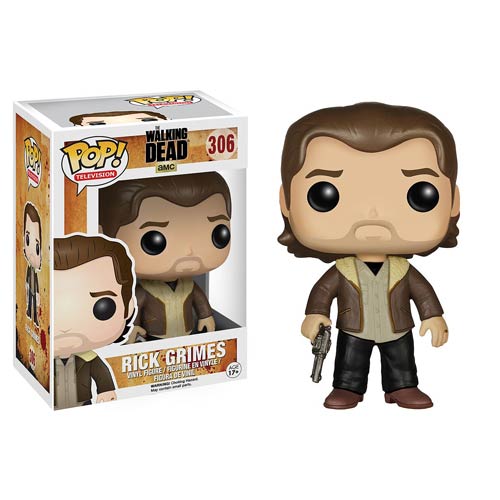 The Walking Dead Season 5 Rick Grimes Pop! Vinyl Figure shows a new side of the zombie apocalypse’s fearless leader. He’s clean, he’s sleeping in an actual bed, and he’s got his eyes set on his sexy neighbor, but Rick Grimes is a survivor these days, and he’s not going to let the cushy life of the Alexandria Safe Zone make him soft.

Based on Season 5 of The Walking Dead, the 3 3/4-inch-tall is ready to take charge. It might look like things are back to the way they used to be, but make no mistake. We’re still under a Ricktatorship.

The Walking Dead Season 5 Rick Grimes Pop! Vinyl Figure will be available November 2015 but it can be pre-ordered now for $9.99 at Entertainment Earth.