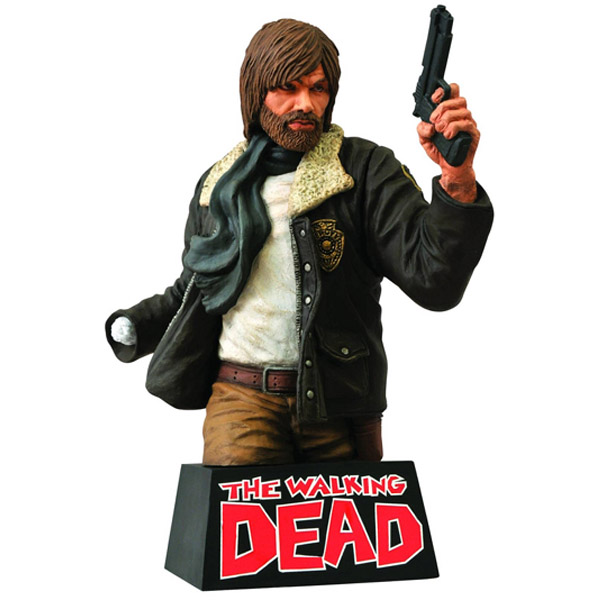 Fans of the television show have tons of collectibles to choose from but the comic books fans probably feel like they’ve been abandoned, which is why I like this Walking Dead Rick Grimes Bust Bank so much.

Long before Andrew Lincoln lost his UK accent and became the face of a certain sheriff’s deputy trying to survive a living nightmare, the comic book version of Rick Grimes was taking care of business in the Walking Dead comic books. Don’t worry, TV fans, if you think Rick’s bandaged stump reveals a spoiler. That moment in comic book history has come and gone so TV-Rick apparently gets to keep both hands.

Meanwhile, one hand is all this Rick Grimes needs to keep your money safe. Standing 8-inches tall, this vinyl bust has a coin slot in the back and an opening in the base… just in case you need to grab some change if the Walkers come by.

The Walking Dead Rick Grimes Bust Bank is available for $20.99 at Entertainment Earth and $21.92 at Amazon.com. There’s also a black-and-white version for those who want to stick with the comic book’s look.