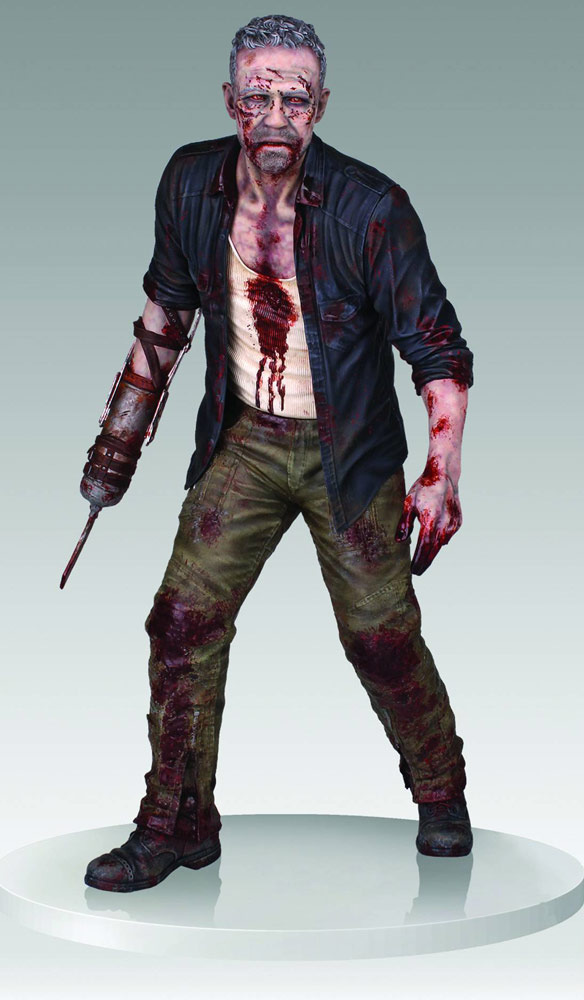 Daryl Dixon might be the guy every man wants to be and every woman wants to be with, but his brother left a lot to be desired. Still, the Walking Dead Merle Dixon Walker 1/4 Scale Statue might make you think you have something in your eye.

Merle Dixon is as backwoods redneck as they come, always looking out for numero uno. He was a jerk when we first met him. He was still a jerk when we saw him again later, minus a hand. But then he became a character we felt a little sorry for. A short while after that – well – damn you, AMC, for making me care.

This limited-edition, hand-painted statue, featuring Michael Rooker’s unfortunate Merle as a Walker, is individually numbered, and comes with a matching Certificate of Authenticity.

The Walking Dead Merle Dixon Walker 1/4 Scale Statue will be available December 2014 but it can be pre-ordered now for $335.19 at Urban Collector.

Before zombies became known as walkers, nobody had ever heard of the Dixon brothers, so the Walking Dead Dawn of The Dixon Poster is appropriate these days. Merle might be gone (RIP, big guy) but Daryl has become the butt-stomper we all want to be […]

During those slow times between Walking Dead episodes that are as agonizing as having a Walker munch on your arm, you can make things a little easier to bear with the Walking Dead Daryl Dixon 1:4 Scale Statue, because anyone that can make a poncho […]

It might not be a scene in the AMC hit series but the Walking Dead Daryl Dixon and the Wolves Statue captures an image that TWD fans would probably like to see happen in the show. Inspired by the ‘lone wolf’ status of zombie apocalypse […]