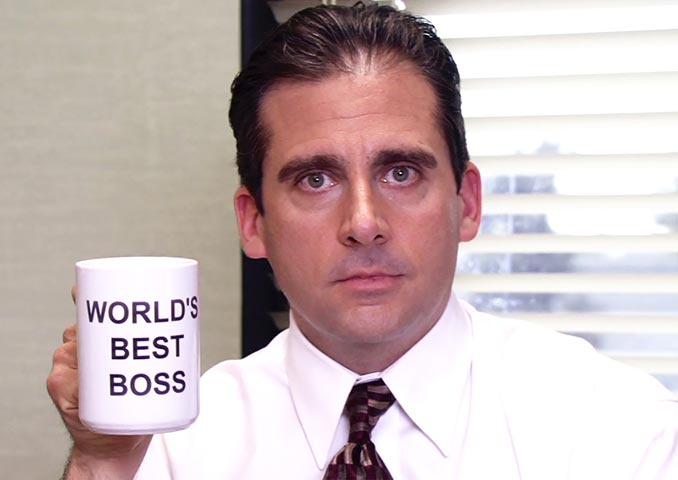 Everybody loves a nice gift, but if you give this The Office World’s Best Boss Mug to your boss, you better be sure they don’t think you’re doing it ironically. If you are the boss, and nobody has given this to you yet, you need to buy it for yourself, just like Michael Scott did. It doesn’t make it any less true.

Since it is officially licensed merchandise, this coffee mug features the Dunder Mifflin Paper Company logo on the other side from “World’s Best Boss.”

Inappropriate jokes, hollow promises to his staff, and highly unsuccessful team-building exercises help make Michael Scott The World’s Best Boss—at least in his own mind. If you want to make sure everybody at work is fully aware of your superior leadership capabilities (and your devotion to The Office), park The Office World’s Best Boss Mug on your desk today! (On the other hand, if you’re merely an incredibly shameless suck-up, it also makes a great gift!)

You can buy The Office World’s Best Boss Mug for $12.90 at HotTopic.com. They also sell it directly at the NBC Store. 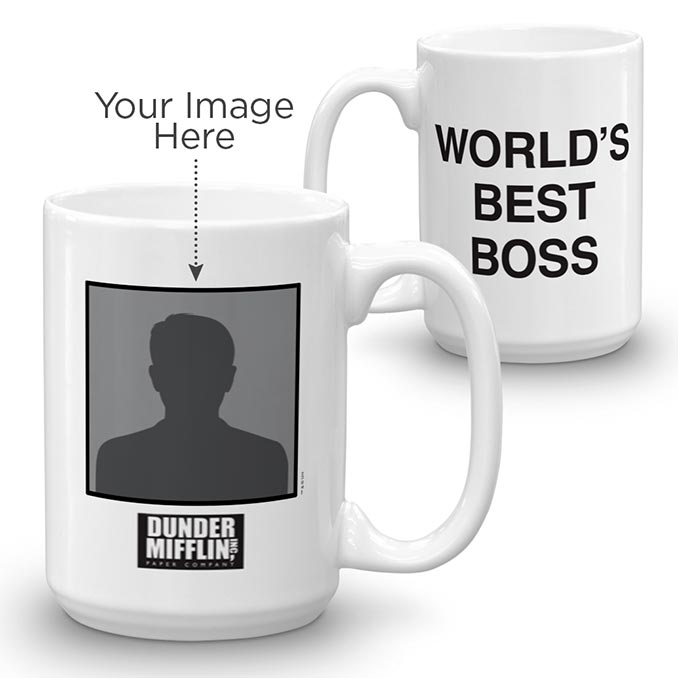 You can also step it up a bit by personalizing it with a picture of you, or your boss, with The Office Personalized World’s Best Boss Mug. It is $19.95 at the NBC Store.

What’s the best way to wake up in the morning? Wrong, drinking coffee from The Office Dwight Head-Shaped Mug is.  Get a taste of what’s going on in Dwight’s head.  This Dwight Schrute mug is sure to put a smile on your face every time […]

The Office Support The Rabid Bracelet

You have probably seen people wearing the yellow Livestrong Lance Armstrong Foundation bracelets and the pink Breast Cancer Awareness bracelets; both are very noble causes and should be supported.  But if you listen to the words of Michael Scott, Rabies are what we should really […]

After years of fighting boss battles, now you are the monster! Your job is to race to create the best dungeon for killing adventurers. It’s an awesome dungeon crawl in reverse. It’s all done in an amazing 8-bit style in the Boss Monster: Dungeon-Building Card […]