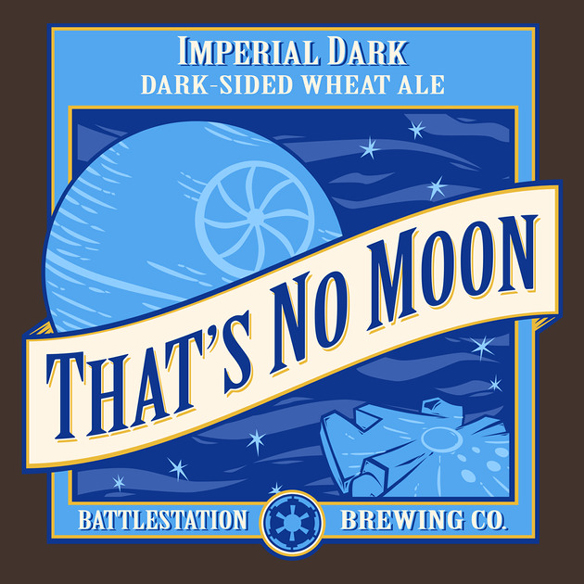 It’s the drink that will make you feel like the planet is being destroyed right beneath your feet. The That’s No Moon Ale T-Shirt shows what happened to all those Stormtroopers and Imperial officers after the Emperor was defeated – they opened the Battlestation Brewing Company and started making booze. Apparently, there were a lot of former Imperial officers who needed to drown their sorrows.

The main thing I like about this shirt is that the artist, Blair J. Campbell, really nailed the style because the image does actually look like a label you’d get from a craft beer maker or home brewer. I wouldn’t be surprised to see this sitting on a shelf at the store while out grocery shopping. 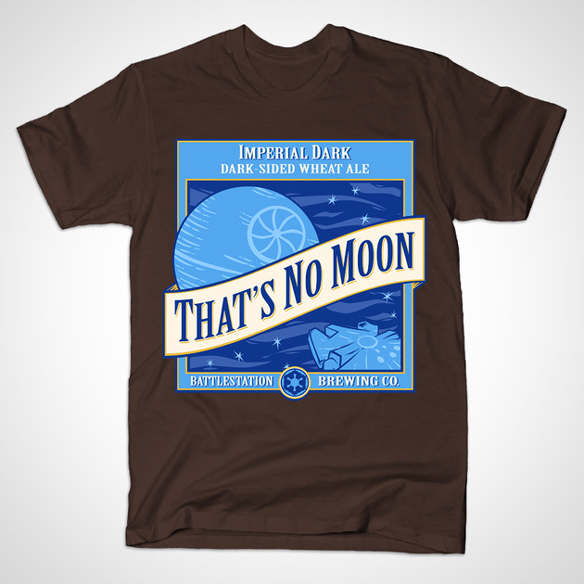 The That’s No Moon Ale T-Shirt is available for $20 at TeePublic.com.

I’m not a huge fan of science, but I do love coffee and the Vacuum Brewer merges those two areas together so well that even I can get a thrill out of the dynamics of vapor pressure. Do you consider yourself a java connoisseur because […]

This set of 4 official Romulan Ale pint glasses is perfect for all of your blue drinks. Romulan Ale is banned in some sectors of the galaxy, but we won’t say a word to the authorities. We swear. Now you can drink in style, the […]

This Beer Infused Ice Cream doesn’t contain any alcohol anymore although it’s infused with beer, since the alcohol itself was evaporated during the cooking process. Despite that fact, I doubt any parent would want their kids getting hooked on this frozen treat anytime soon. This […]