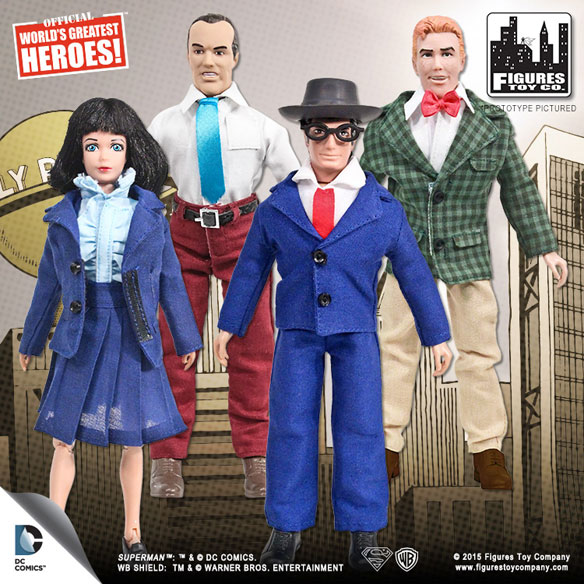 Stop the presses because the Superman Series 2 Retro Action Figure Set lets you spend time with the gang at the Daily Planet. Rumor has it that one of these people might actually be Superman.

Standing approximately 8-inches tall, Clark Kent, Jimmy Olsen, Perry White, and Lois Lane are ready to deliver the news to Metropolis that an alien from another world has decided to become their guardian. He’s faster than a speeding bullet, more powerful than a locomotive… and has a really funky wardrobe in his secret identity, complete with funky-looking hat.

Also, Perry White looks angry, like ‘this is a job for Superman’ angry. The dude seriously needs to chill out.

The Superman Series 2 Retro Action Figure Set will be available February 2016 but it can be pre-ordered now for $104.99 at Entertainment Earth.