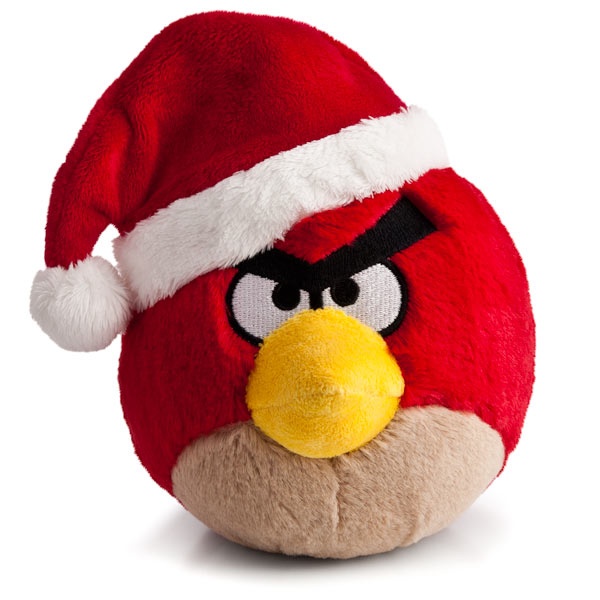 ‘Tis the season to be angry with the Angry Birds Santa Hat Plush! If you had a particularly rough year this year and are angry over a lot of things, then get angry the adorable way with this eternally angry Angry Bird. But remember to let the warm holiday cheer wash over you, too. Let this adorable plush remind you that while it’s okay to be angry, it also doesn’t hurt to get in on the Christmas spirit a bit, even if you’re just going to pull on a Santa hat and keep that little scowl on your face.

It would exceptionally fun if you stuffed the Angry Birds Santa Hat Plush down someone’s Angry Birds Holiday Stockings. 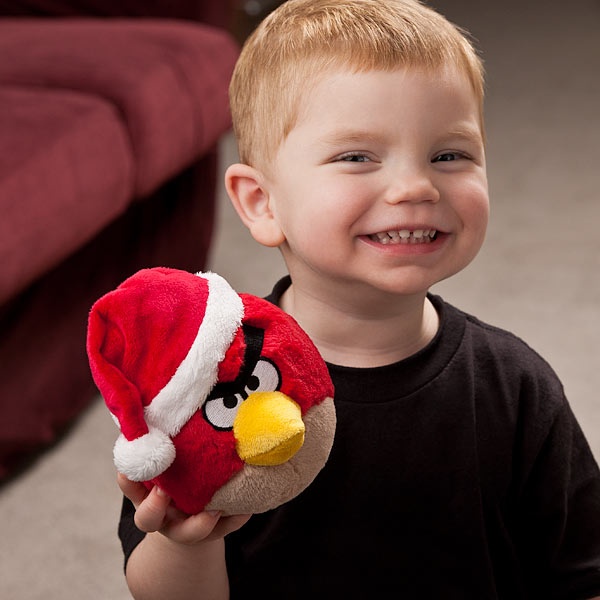 When choosing an Angry Bird to be Santa, Red Bird was a natural choice. Let’s go over the reasons:
Reason The First: Red. Already wearing most of the costume.
Reason The Second: Round. Birds don’t eat jelly but they do eat berries and so we can hazard to guess that it turns into jelly in the bird’s stomach.
Reason The Third: If he weren’t so angry about his eggs being stolen, he’d probably be jolly.

The Angry Birds Santa Hat Plush is available online from ThinkGeek for $9.99.

You just can’t get away from Angry Birds. They are on land, in the air and in space. If you can’t beat them, you might as well join them by buying these Angry Birds Space Plush w/ Sound toys. These 5″ plush birds will make […]