A summary of three Star Wars related news from the last couple of days: 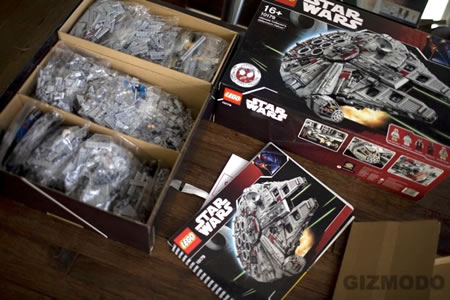 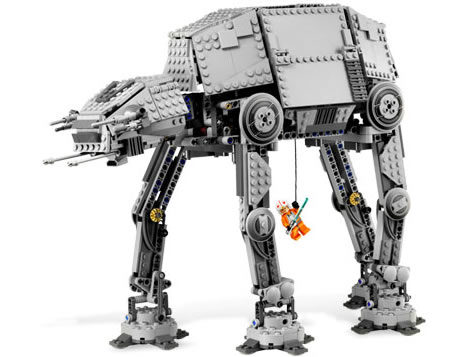 Behold the power of the Empire! For the first time ever, the ultimate Motorized Walking AT-AT is ready to crush the Rebel Alliance at your command. Thanks to the new Power Functions System, the mighty All-Terrain Armored Transport really walks forward or backward into battle!

Update
Here’s a video clip of the walking LEGO AT-AT in action: 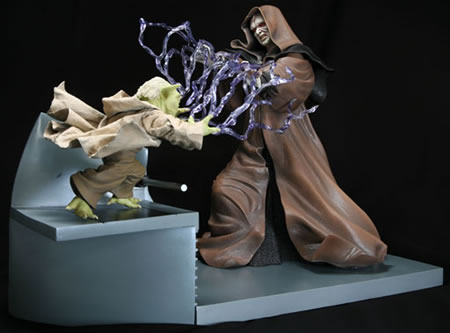 Yoda vs. Palpatine ARTFX Statue (Update: link removed because the page is gone.)
Last but not least we have this amazing ARTFX statue, standing almost 11 inches tall. Available for pre-order at the official Star Wars shop. The product starts shipping March 2008 and costs $175.

This gigantic ARTFX Statue measures over 15 inches long, and almost 11 inches tall (1/7th scale), with both of the figures being independent of the base, allowing you to position the characters as you like within the Senate diorama base. The Force Lightning is cast in a dynamic, translucent material, and is also removable (via optional hands) for a variety of posing options. Spectacularly detailed, from the wrinkles on the future Emperor’s face, to the texture pattern on Yoda’s robe, this piece stands as a fitting monument to two of the most powerful wielders of the Force.

With its large scale and impeccable paint applications, this ARTFX Statue is a snap-fit kit that can be easily put together in seconds without glue or modeling skill. Kotobukiya’s ARTFX Series continues to produce some of the best Star Wars collectibles in the galaxy.