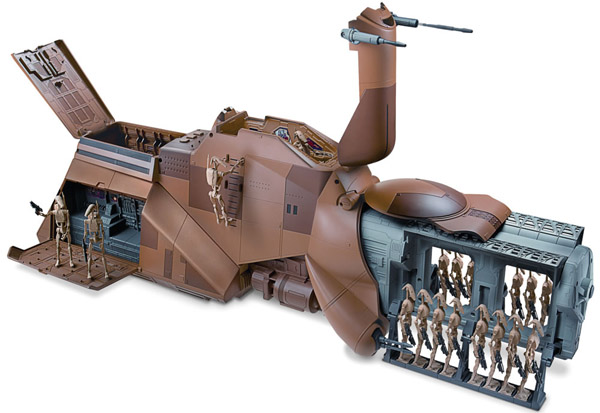 The second Star Wars trilogy had a lot going against it but it had a few bits of awesomeness too, and the Star Wars Droid Transport was one of those things that made the movies worth watching. It looked totally awesome when this transport ship just started unloading hundreds of droids so they could… well, so they could get their mechanized butts kicked by the good guys, but it’s still an incredible toy.

The multi-troop transport comes with 4 pilot droids, 16 battle droids that can be deployed with the motorized deployment rack, and an Obi-Wan Kenobi figure. It’s easy to get into the Star Wars spirit of things because the Transport includes authentic movie sound effects such as droids saying “Prepare to attack” and “Roger-roger.” 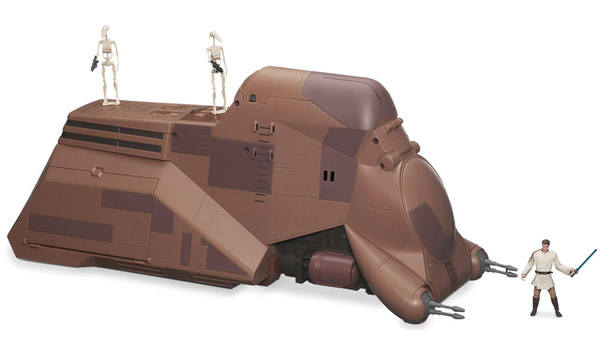 Dual front-mounted blaster turrets combine with missile-firing launchers mounted to either side of the pilot’s control room to defend the transport, which sits on recessed wheels to make it look like the craft is actually hovering.

The Star Wars Droid Transport is available for $199.95 at Hammacher Schlemmer and for $129.96 at Amazon.com.