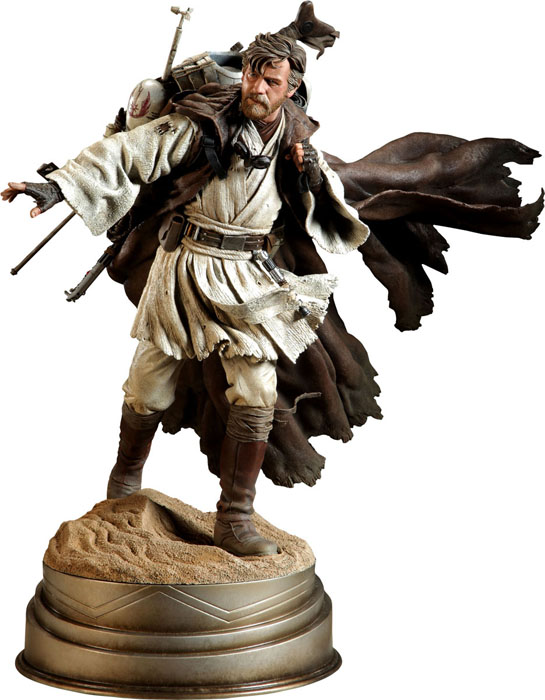 The Star Wars movies covered a huge chunk of time but some things remain unknown. The Ben Kenobi Mythos Polystone Statue provides a great look at what might have happened between Ewan McGregor’s Obi-Wan Kenobi becoming Alec Guinness’ Ben Kenobi.

Exactly what did old Obi-Wan do while waiting for Luke Skywalker to become old enough to take up the mantle of the Jedi? According to this artistic representation, which does an excellent job of blending the two actors’ features together, the defeated warrior wandered the barren landscape of Tatooine, doing his best to survive while adding to his trophy collection whenever anyone was foolish enough to confront him. 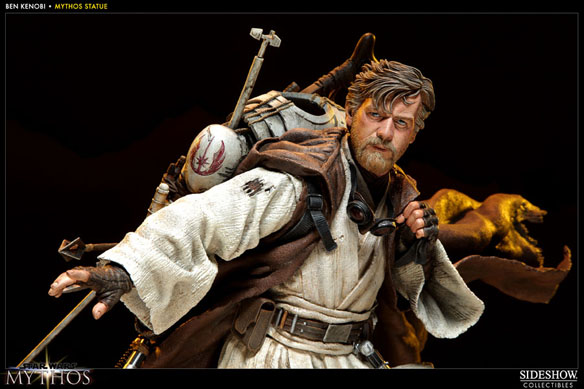 In addition to hand-painted portraits of Alec Guinness and Ewan McGregor, the statue features backpack loaded with all of Kenobi’s possessions, including: 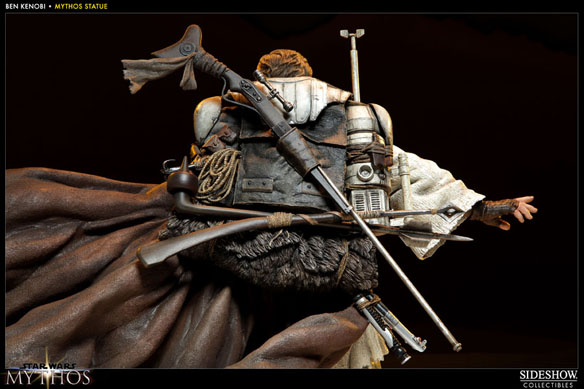 If you’re a Star Wars fan, you’re going to want this peek at life between the two trilogies, and Sideshow Collectibles is the only place to get it because this is an Exclusive Release.

The Ben Kenobi Mythos Polystone Statue will be available in November 2012 but you can pre-order it now for $349.99 or $87.50/mo under the payment plan at Sideshow Collectibles.

Does a dark lord of the Sith feel doubt or regret? If so, the Star Wars Darth Vader Mythos Polystone Statue reveals what it’s like for a fallen Jedi to question the dark path he’s taken. Standing 21-inches-tall, this highly detailed, limited edition, Mythos figure […]

This Star Wars: A New Hope Obi-Wan Kenobi ArtFX+ Statue is a great Obi-Wan Kenobi statue, based on the character from the film that started it all. He stands 7-inches tall. You can customize the look with his hood on or off and he even […]