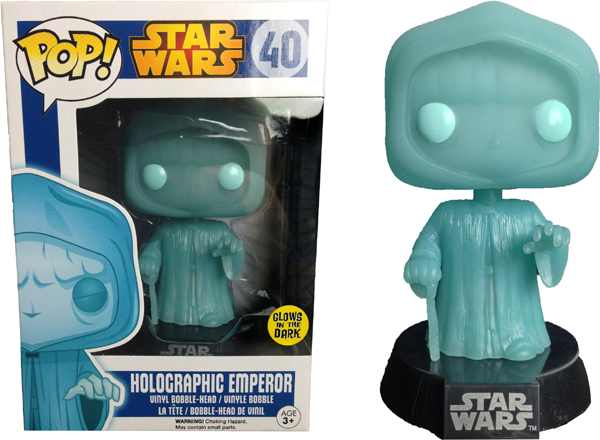 From senator to chancellor to emperor of the Galactic Empire. That’s quite a career ladder, especially when you add Sith Lord to his list of achievements. When glowing in the dark, the figure resembles the holographic image of the Emperor as he would appear when giving orders to Lord Vader and his other minions, while he himself remained in the shadows, cackling maniacally and bragging about having a fully functional Death Star. Sounds like he’s over-compensating for something, in my opinion.

The Star Wars Emperor Palpatine Glow-in-the-Dark Pop! Vinyl Bobble Head Figure will be available May 2015 but it can be pre-ordered now for $13.27 at PopCultcha.com. Also at Amazon.com.

Cast your vote for the Dark Side with the Palpatine Vader 2016 T-Shirt… because they’re honestly not any worse than the other choices out there. Forget Republican or Democratic parties because the Empire (or possibly just the Sith) have a clear plan for the future. […]