These are the voyages of the Norwegian Pearl, it’s mission to entertain Trekkers and Trekkies with Star Trek: The Cruise.

Grab your Bermuda shorts and flip-flops… and don’t forget the Vulcan ears because this cruise is going where no cruise has officially gone before.

To celebrate 50 years of Star Trek, the very first officially-licensed Star Trek cruise is happening in 2017, and excitement is expected to hit Warp Factor 10 because this isn’t just a cruise with fans and maybe one or two people who wore red shirts and got killed in the original series. The line-up of guests include big names like Marina Sirtis and Jonathan Frakes from Star Trek: The Next Generation, Robert Picardo from Star Trek: Voyager, James Darren from Deep Space Nine and Denise Crosby from The Next Generation, as well as John de Lancie, who played ‘Q’ in various Star Trek shows.

And of course, the man, the myth, the legend, William Shatner, Captain James T. Kirk himself, will be there, too. 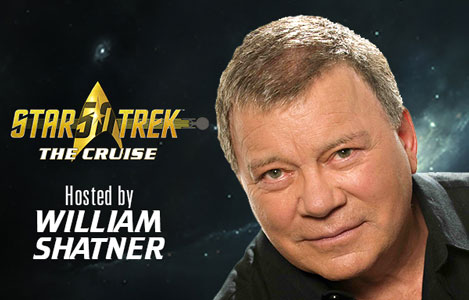 This five-year mission — Oops! I mean this 6-day cruise will launch January 9, 2017, on the Norwegian Pearl from Miami, Florida.

You can beam aboard Star Trek: The Cruise at StarTrekTheCruise.com. Prices vary, ranging from $1,100 to $7,500, and they have a couple of different payment plans to work with.

International Talk Like A Pirate Day just passed, but that doesn’t mean we have to stop the pirate fun.  You know who Captain Jack Sparrow is, right?  How about the Black Pearl?  Well if you are still with me, then you are going to love […]

Make your time go full circle with the Enso Pearl. It’s an ultra-slim countdown timer that also doubles as an alarm clock. You can set up to fifty sequential times with the Enso. Set some time for your daily exercises, another one for your yoga […]

A young William Shatner is ready for action with the Star Trek James T. Kirk Masterpiece Collection Bust, an 8-inch-tall maxi-bust that perfectly captures the Starfleet officer during his prime. The Shat-man has been around for awhile – some may say too long – but […]