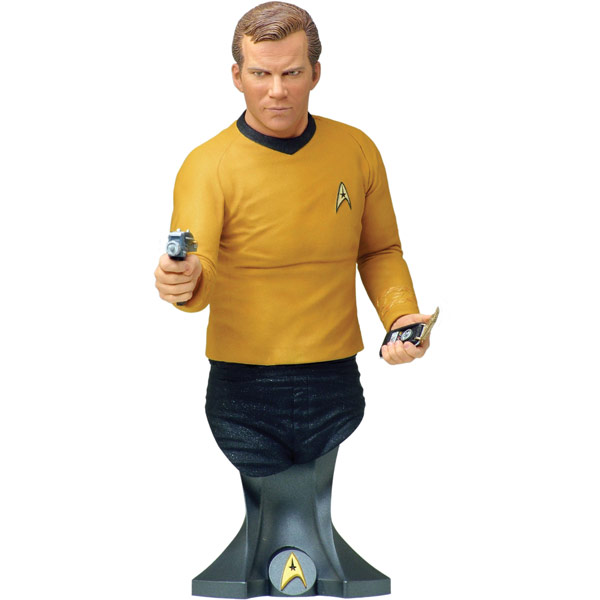 A young William Shatner is ready for action with the Star Trek James T. Kirk Masterpiece Collection Bust, an 8-inch-tall maxi-bust that perfectly captures the Starfleet officer during his prime.

The Shat-man has been around for awhile – some may say too long – but he will always live in the minds of Star Trek fans as the greatest starship captain the Federation has ever known. 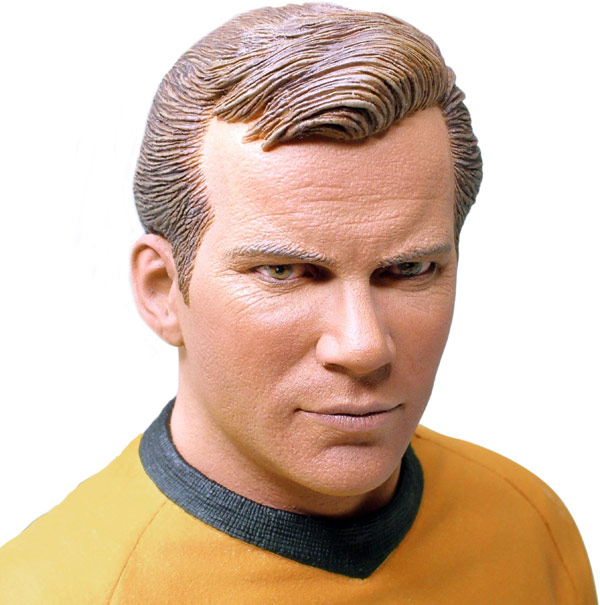 This limited-edition, highly-detailed, three-quarter-length bust depicts Captain Kirk as a man ready to kick some alien tail, with phaser in one hand and communicator in the other, perhaps to ask Scotty to beam down a few Red Shirts to act as cannon fodder so he can complete his mission in one piece.

This Star Trek TOS Captain Kirk 1/6 Scale Articulated Figure looks pretty amazing. It includes a phaser that breaks down into type I & type II. You don’t see that everyday. It also comes with a communicator with flip-up antenna, an electronic clipboard and stylus, […]

The Autobiography of James T. Kirk

Get ready to take the con with The Autobiography of James T. Kirk and kick your Star Trek love to Warp Factor 5 with the story of Starfleet’s greatest captain. Author David A. Goodman (who wrote Star Trek Federation: The First 150 Years, in addition […]