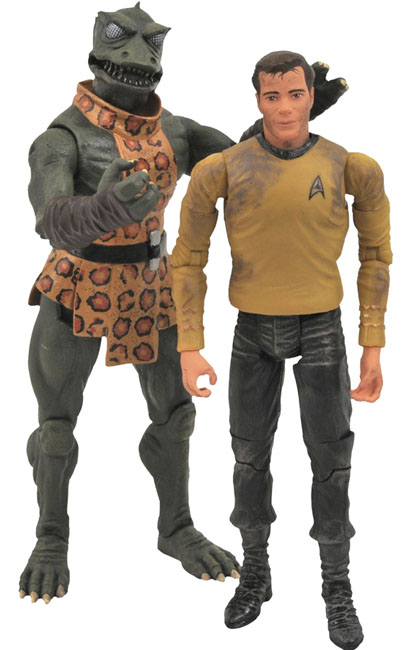 Star Trek fans will remember the classic episode “Arena” from the original Star Trek series where Captain Kirk has his life or death battle against Gorn, the man like lizard.  This battle has been relived over and over in many movies and TV shows, like the recently released “Paul” movie staring Simon Pegg, Nick Frost, Seth Rogen and Jason Bateman.  Now you can relive this classic battle anyway you like with the Star Trek Kirk vs Gorn Action Figure Two-Pack  from Diamond Select. 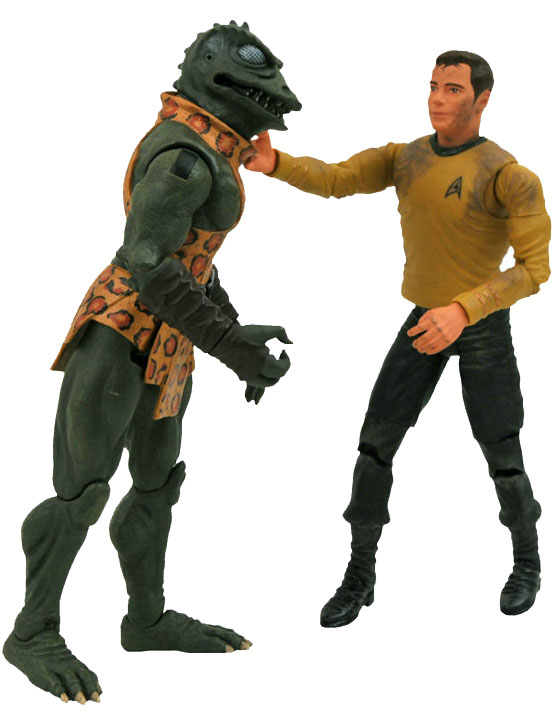 Bring home two of the galaxy’s most renowned warriors with this Classic Star Trek action figure two-pack!  With an alien Gorn and Captain Kirk on board, collectors can finally recreate the pair’s epic confrontation as featured in the fan-favorite “Arena,” each six-inch figure features 20 points of articulation and includes accessories from the classic series!