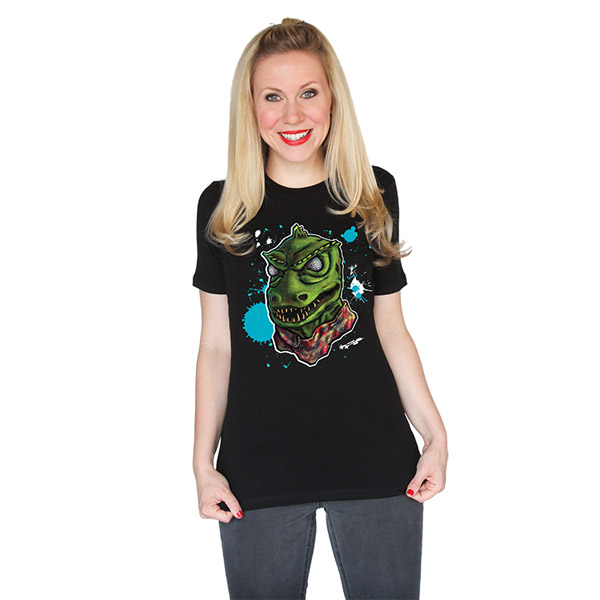 Enter the arena any time you slip into the Star Trek Gorn T-Shirt, ready to battle anyone who doesn’t recognize the iconic character on this black tee.

Captain Kirk and the crew of the Enterprise encountered many bad guys during their 5-year mission but one of the most memorable opponents Kirk had to face was a giant green lizard with silver disco ball eyes.

Fortunately, the intrepid captain of the Enterprise has yet to meet a male he can’t defeat or a female he can’t seduce so he defeated the Gorn and was returned to his ship.

The Star Trek Gorn T-Shirt is available for $14 at Her Universe.

The best part of waking up is having a disco cup. If you are anti-mornings, then you probably go to great lengths to find ways that’ll make the AM a little more manageable. The Disco Ball Mug, filled with extra-strong coffee, is a great prop to send you off with a bright […]

If the Puzzle Alarm Clock can’t do the job for you, maybe this pink Travolta-has-two-of-them Disco Ball Alarm Clock ($30) will. When the digital display hits the set alarm time – the disco ball has got it all goin’ on! The ball begins to boogie, […]

There are some nice Bluetooth speakers to be had by people who really love music, with the Soundfreaq Sound Platform being just one of the great products on the market, but if you’re looking for that deep, rumbling bass sound to drive your tunes along, […]